I am so far behind in catching up that I think I am just going to start again from where I am! I know this makes little sense but right now I am beginning to resemble the White Rabbit haring around and never quite making up the time or catching up with myself. We are five months down the line and I am just posting my first Year in Books post to join in with Laura and all the other readers which is shocking. I have been reading/listening just not posting! 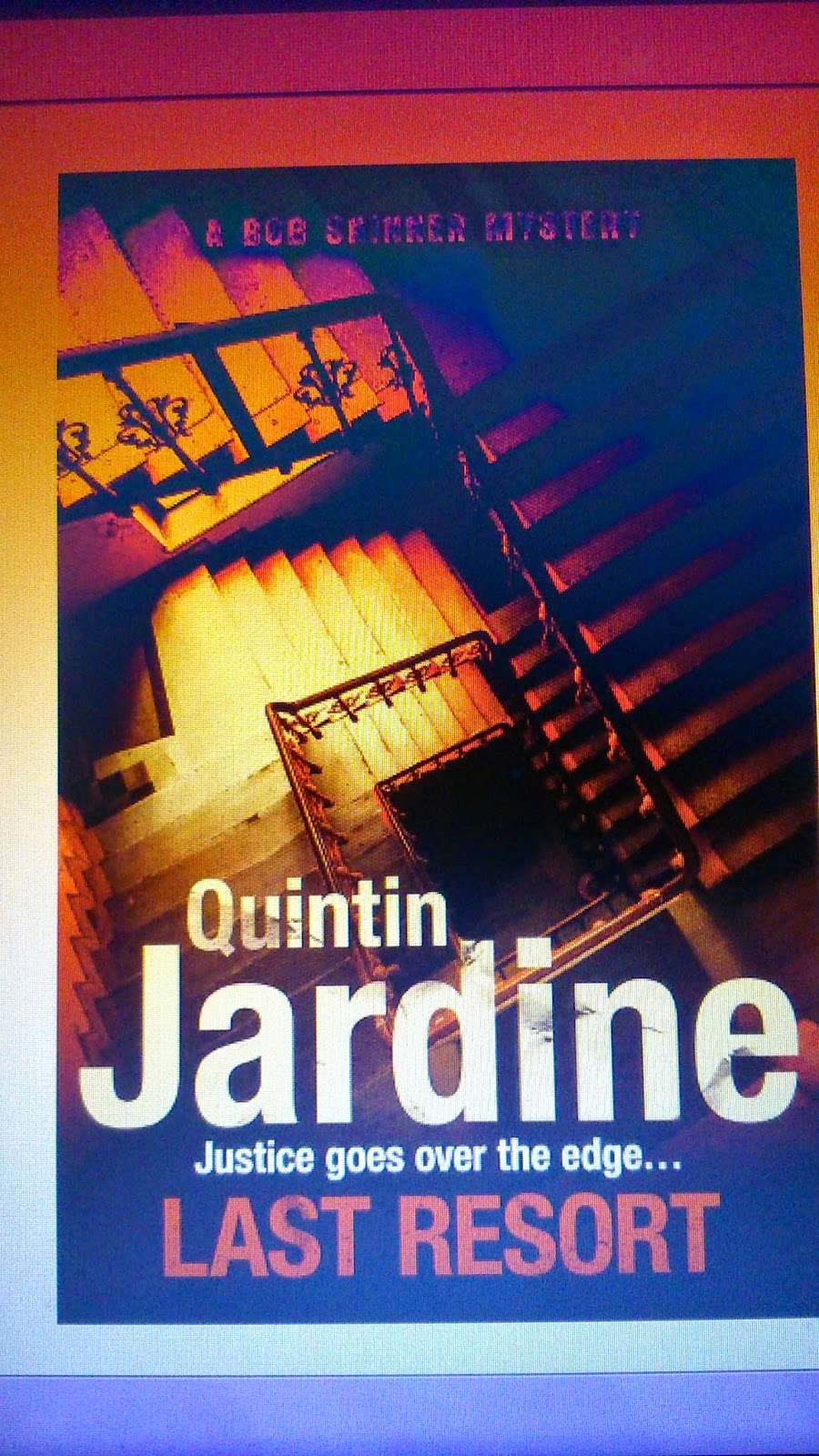 April's read was the new Bob Skinner book by Quintin Jardine which I read on kindle. I am always a little ambivalent about ebooks but the convenience, syncing between devices, being able to read with the light off in bed as well as quickly checking things that arise in the book online does have its advantages.

The book was readable and has the familiarity of characters that I've 'known' and seen developed for 20 or so years. 'Big' Bob is on some sort of sabbatical as he hates the idea of the integrated Police Scotland and has decamped to Spain where he helps out an old friend which in turn helps him decide where his future direction will lie.

It was a good enough book, enjoyable for me due to the familiarity, but not one of his best. Normally his books will focus on some key individuals but many of the others are woven through the story in the background. I felt it was rather pedestrian as it had a fairly limited cast of characters and was mainly set in Spain which is where the author spends much of his time. I finished this today on my phone while abortively sitting waiting in an X-Ray Dept for scans which I had to reschedule due to the glacial pace of the dept. as I had other meetings to attend. This kind of thing is where ebooks come into their own.

If you haven't read any QJ and enjoy the Ian Rankin/James Oswald crime-novel-set-in-Edinburgh genre then these are definitely worth a look. Its not as dark and curmugeonly as Rebus and the only spooks come from MI5 but it is a pretty contemporary read as everyone has aged and kept pace with time. Incidentally Quintin is very caught up with the male characters in his books being constantly described as 'Big'...Big Bob, Big Mario, Big McIllhenney...etc. I met him at a book signing last year and asked him why? but he reckoned it was just the Scottish thing about prefacing men's names with either 'Big' or 'Wee'. That aside the female characters feature strongly and he's very equality and diversity minded as they get a fair share of promotions and positioning. 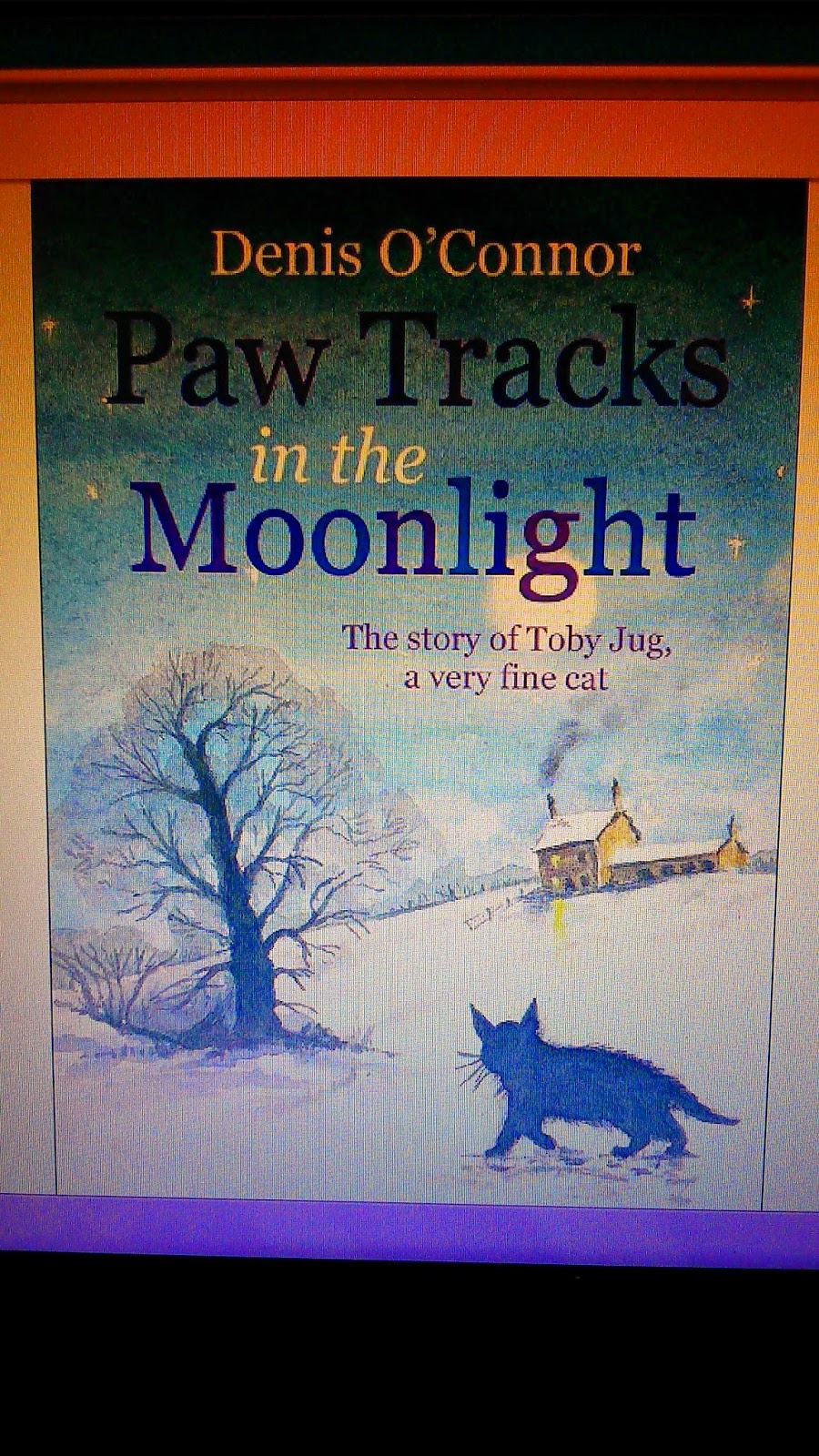 May's book is the delightfully titled Paw Tracks in the Moonlight by Denis O'Connor which was recommended to my by a lovely Instagrammer @seriouslyrubylicious who has the most stunning Maine Coon cats. I'm falling in love with these giants of the feline world again after having been put off some time ago by the bad tempered MC which used to belong to a friend. I am off to bed to start reading this book tonight and am hopeful I'll love it.
Posted by RedSetter at 00:46

Email ThisBlogThis!Share to TwitterShare to FacebookShare to Pinterest
Labels: Denis O'Connor, Last Resort, Paw tracks in the moonlight, Quintin Jardine, The year in books; The Year in Books