I saw this idea while browsing the internet last year and it stuck with me. The essence of it is lights attached to the wall using the 3M command hook products to recreate a stylish Christmas Tree which takes up no floor space. I've not been sponsored or anything just inspired by the unconventional idea. 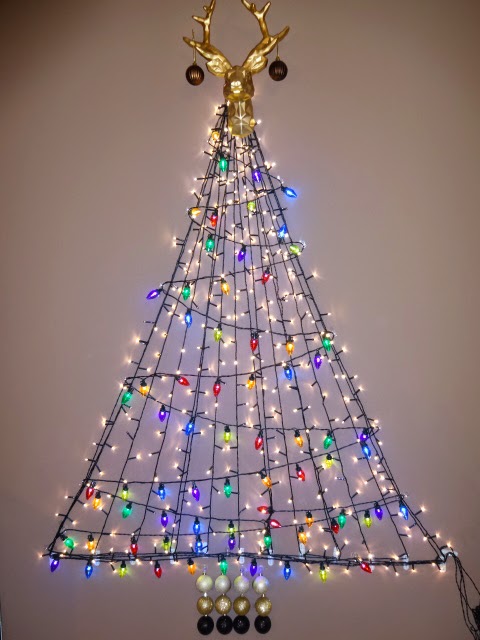 It is really hard to get a decent picture of it but it looks much better in real life, honestly! 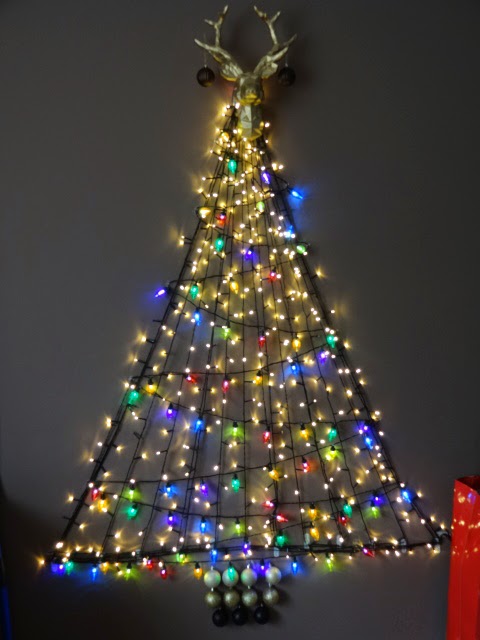 The wall fixings were two medium command hooks, fourteen small hooks and two packets of decorator clips. The clear variety is the best with the clear tape but mine are a mixture as it is what I could get from Amazon or locally as one of my orders went astray. It took 400 soft glow LED lights, 75 teardrop fairy lights 12 baubles and a tree topper. The topper was a bit of a concern as we've always been in the fairy for the top of the tree camp but it needs something that is flat against the wall and can be attached somehow which was a bit of a challenge. 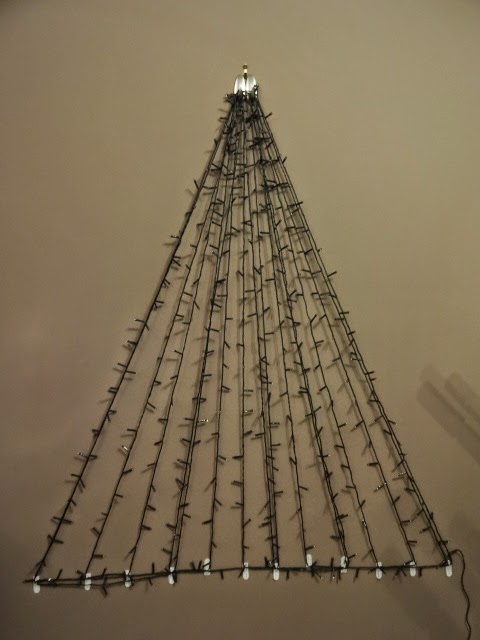 Firstly, the hooks were placed for the tree shape and I stuck with a height I could work at without using a ladder. It's such a novelty being in a house that doesn't have a 13FT ceiling and not having to clamber up a 7FT ladder to get to things! These lights are actually twinkly ones and I was a little sceptical they might leave the living room looking like a disco but they are very discrete. 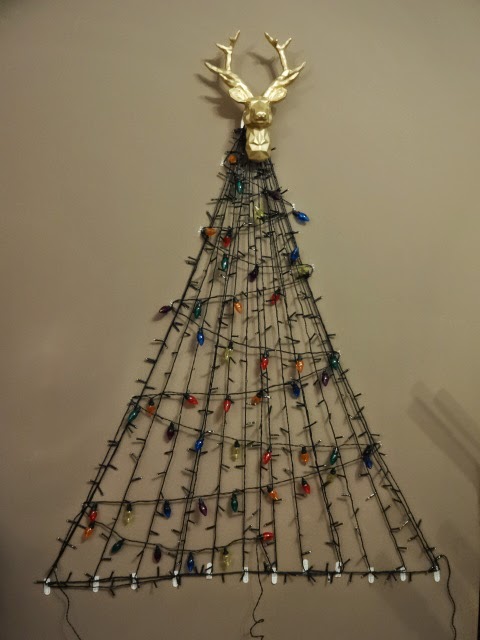 Next the fairy lights were strung across diagonally. Instead of placing the hooks in advance I just decided to hook as I strung them. In the end it took 3 packets of 25 lights to my surprise, and annoyance, as I'd only bought two. 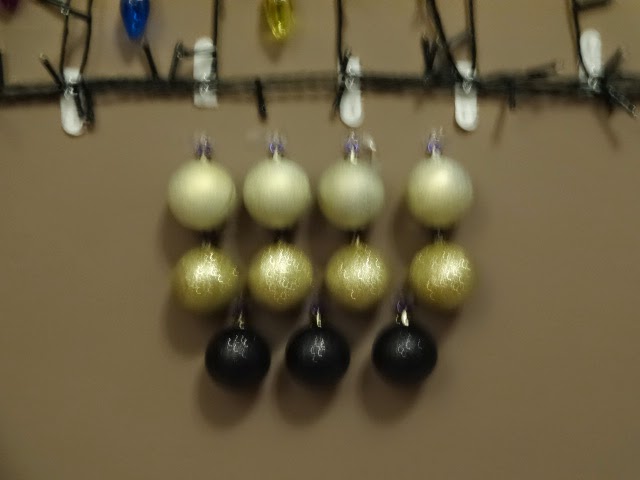 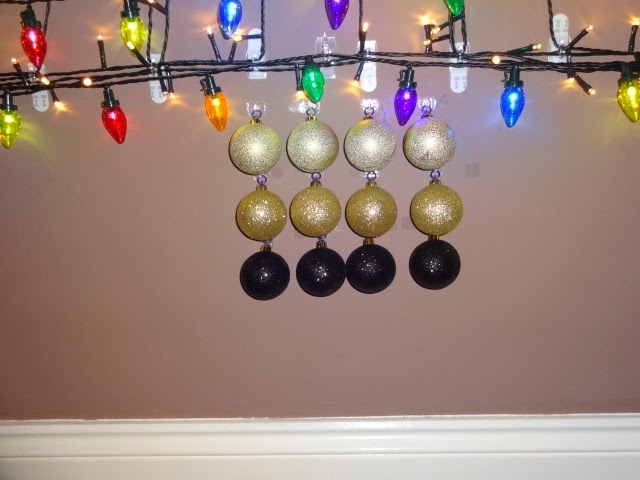 This is much better, I think. (I know it is squinty but I am trying to ignore it!) 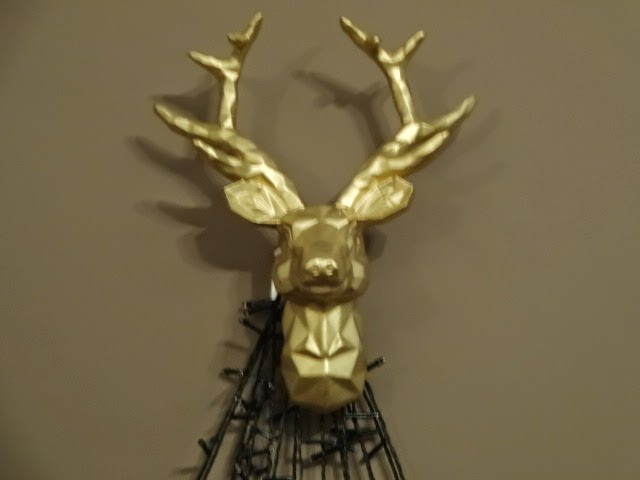 The tree topper is still making me laugh. I have no idea where my deliberations over how to either buy or make a fairy turned into a.......ruddy great stag's head! 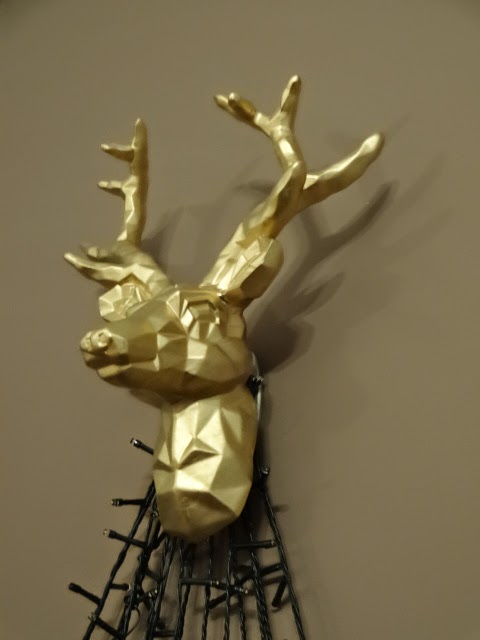 Its been named Big Eric after the stag in the Monarch of the Glen. I do believe the original met an inglorious end but mine has no chance or being eaten. 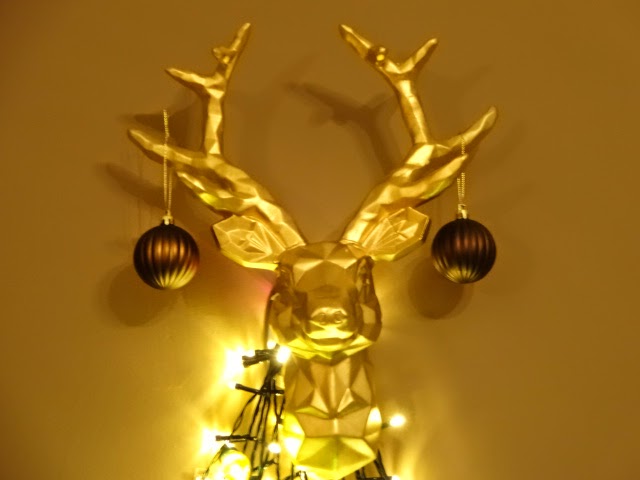 I do love it though and as the tree is non-conformist then its probably right the topper should be too. Big Eric has also been graced with two spare baubles as earrings 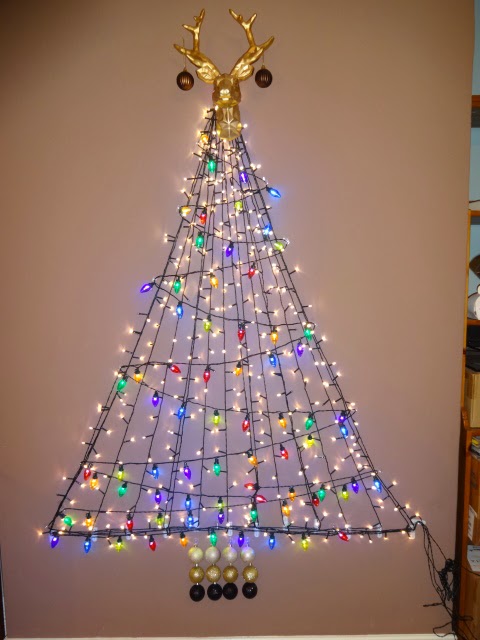 So that is my main tree this year. I've loved the idea, had good fun creating, it has been fairly hassle free, the cats haven't mugged it and best of all there is no tinsel needing hovered up.
Posted by RedSetter at 22:11