I was having a conversation a couple of weeks ago and we somehow got onto the difference between Scottish, Irish and Northern Irish foods. One colleague shared the info that one of the large Tesco's in the East End carries a range of Irish foods including Tayto cheese and onion crisps. Obviously I just had to have a little Irish fix, and sure enough they had a reasonable sized World Foods section. It wasn't huge but it had some favourites I've not tasted in ages. This was my Irish haul: 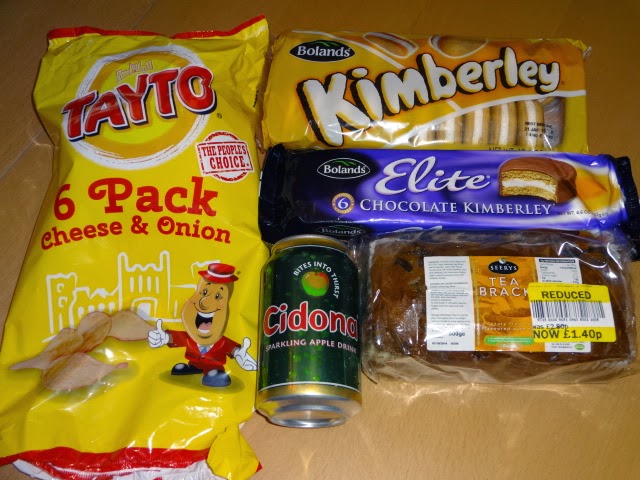 I've had to position the Tayto crisps carefully as there appears to have been some kind of pilferage that went on before they made it home.... *looking away shiftily*. All I need now is a Bewley's Cherry Bun and I'd have been happy.

They didn't have any white cheese popcorn but I've found an even better white cheese popcorn in the form of Popangles from ASDA. These are tortilla chip shaped popcorn which have the added benefit of not having the irritating bit of husk that gets stuck between your tooth and your gum. They are gorgeous with salsa dip. No pics as they didn't last long enough.

The section also carried some American foods that I've heard of but not tried so they also fell into my basket. 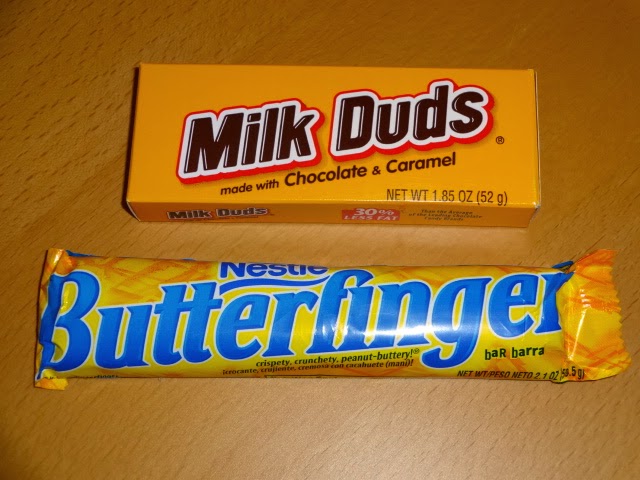 The Butterfinger was odd but quite nice, sort of like a peanut cracknel. However, the Milk Duds were absolute duds and after a few chews I realised they were foul and I ejected them into a hankie. I suppose I shouldn't be surprised as there were few ingredients I recognised on the label which is probably why they tasted so 'chemical-y'.

This Jamaican one is from a different supermarket. An old comfort food favourite used to be Knorr Chicken Noodle Soup which I would add a pile of pasta to along with chopped onion, leftover chicken, spring onions or whatever else was to hand or took my fancy. It was a great cupboard stand-by until they proudly announced on their packet that they were now meeting some reduced salt target and sadly it appears that all the flavour went with it. I tried adding salt to it but no, the actual chicken flavour is irretrievable gone. So I decided to give this one a whirl and found it was very good as a base for pasta/noodle soup. I just don't know if I'll be brave enough to take the packet through the till again! 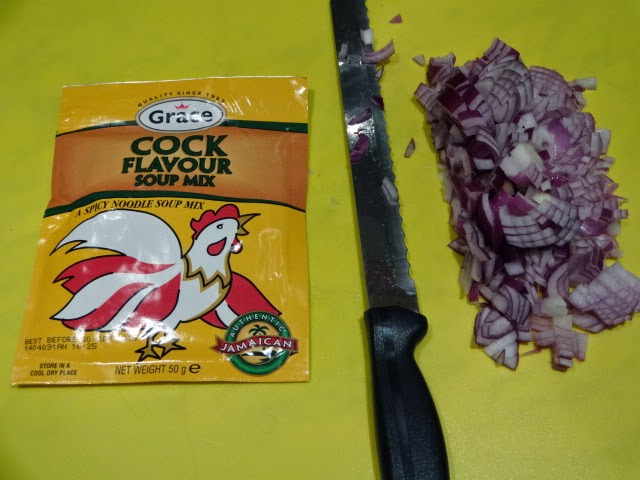 Life doesn't seem to be easing up the pressure so I decided to take to the bottle with dinner tonight. 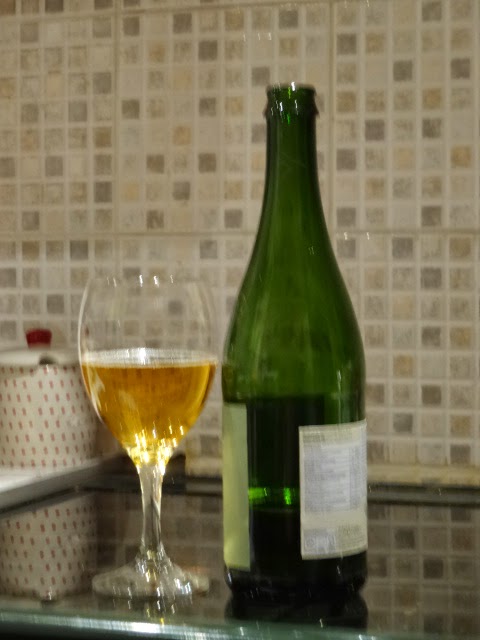 Sorry, it was only the juice option that came with my M&S meal deal. It was actually really nice and I'd probably buy it again. 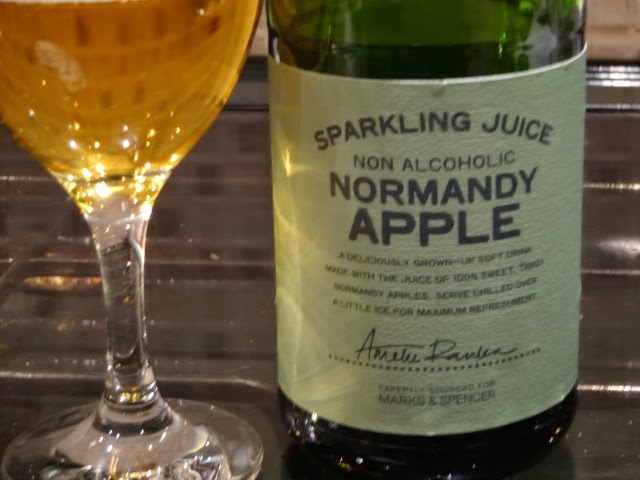 Hope your week is going well and you are not being blown about by gales like we are right now. Take care.﻿
﻿
Posted by RedSetter at 00:08