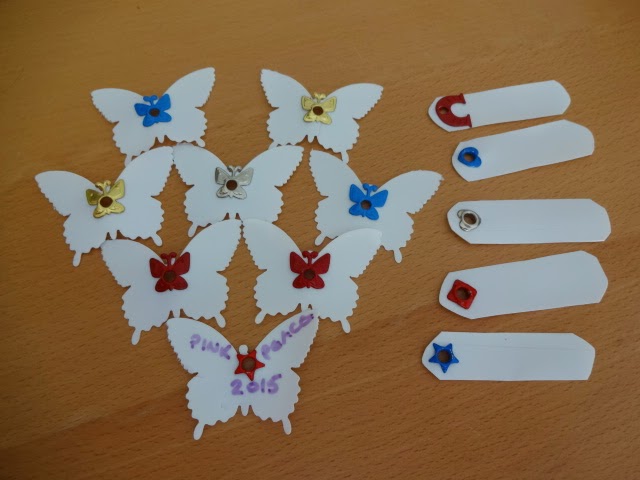 I was looking for nice plant labels for some roses and shrubs I'd bought but nothing took my fancy. As I was making a cup of coffee I realised I could cannibalise the white plastic from the milk container. Even better it would be both free and come with recycling brownie points!

Making the labels:
Firstly I cut up the milk container to get as many flat surfaces as possible, 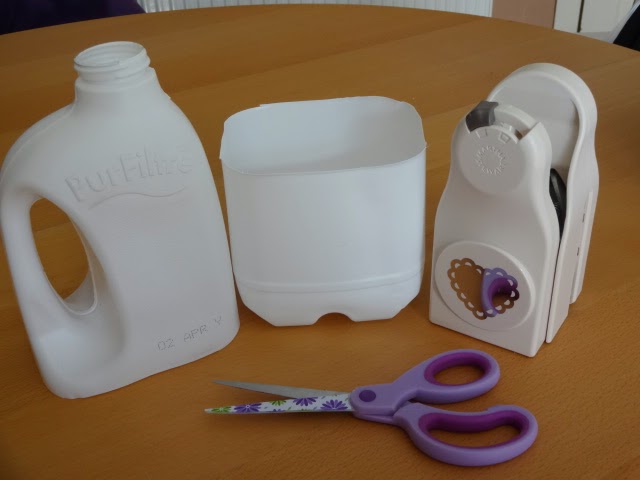 and used a spare piece to test with the punches 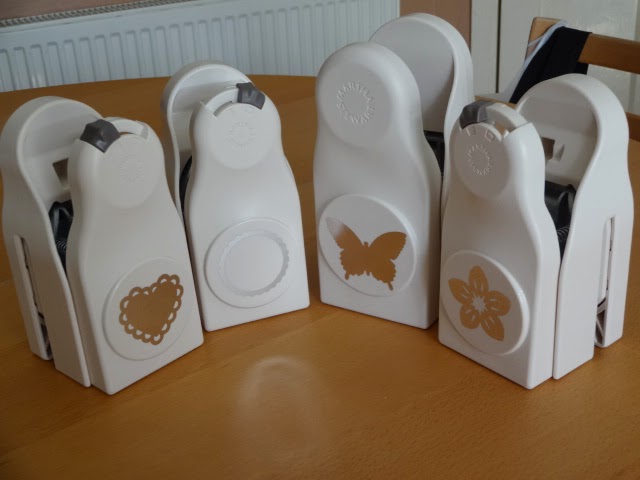 Out of the four heavy duty punches I have, only the large butterfly punch was strong enough to cut out the shape completely, so butterflies it was then! 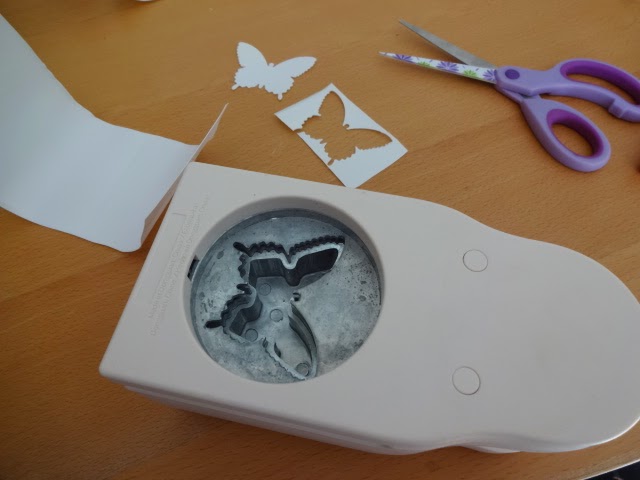 It found it was actually easier to use the punch 'upside down' as I could see how far to push in the plastic. 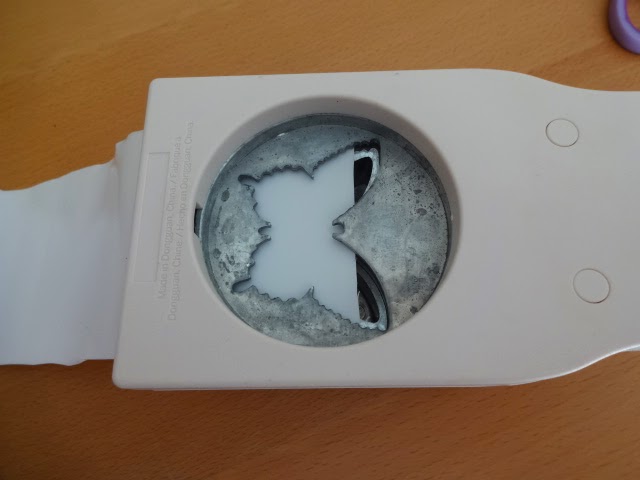 saving myself any wasted or incomplete punches 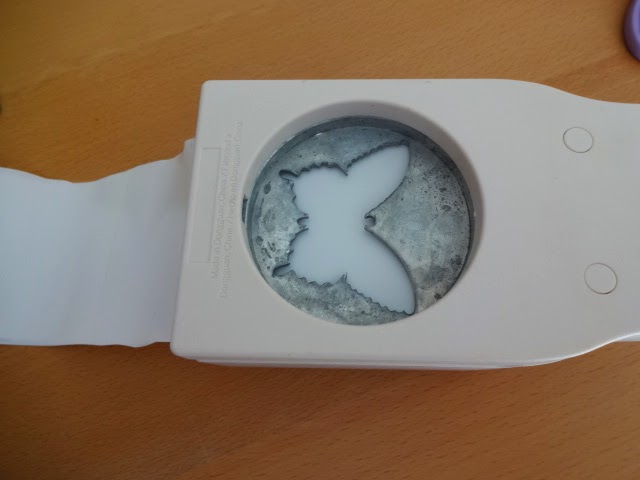 After I'd punched out all the butterflies, I used the spare pieces of plastic to cut other shapes with scissors
Creating the hole:
The easiest way was just to use one side of a normal office hole punch. This would have been far and away the kindest to my wrists and the labels would have been ready to thread with the garden wire or string.

Not one to make things easy, I decided to try this kit that I'd bought from Lidl a couple of years ago that I've never taken the time to properly figure out how to work. 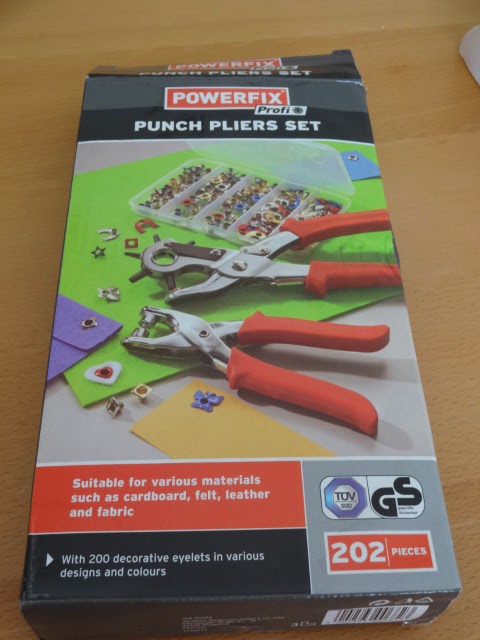 It has a pair of hole pliers, crimp type pliers and little soft metal rivet/eyelet shapes. 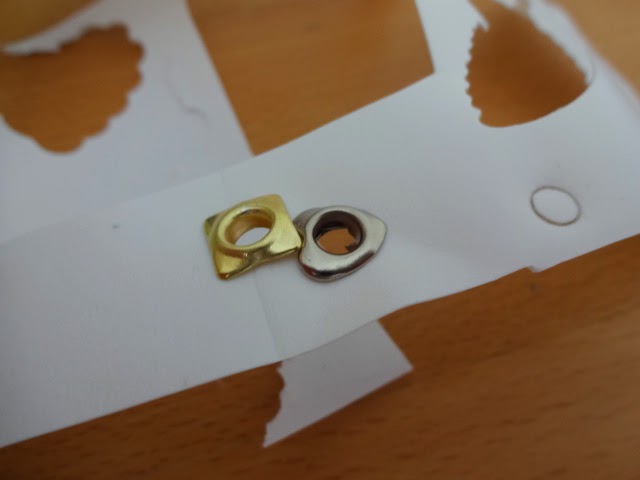 After some trial and error, with no real help from the enclosed instructions, I did figure it out. It's a nice effect but you really need the wrist strength of an Amazon as well a couple of goes at getting it right! 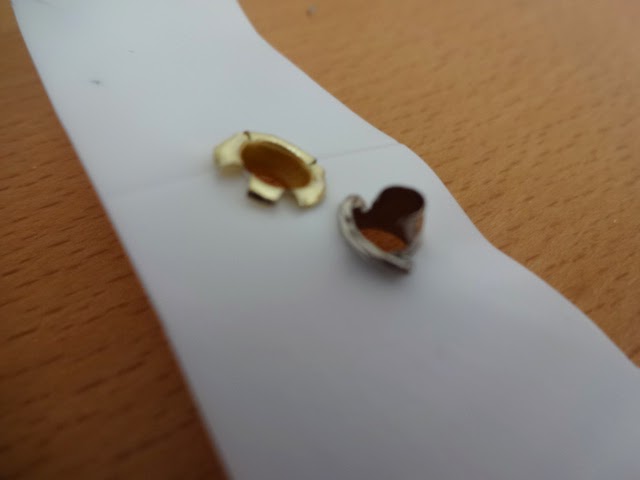 The deal seems to be firstly punch a hole corresponding to the size of the eyelet. I suspect these pliers might work better on a thicker material as I had to snip the half punched holes with scissors after I'd used the punch, though this might just be my wimpy wrist strength! 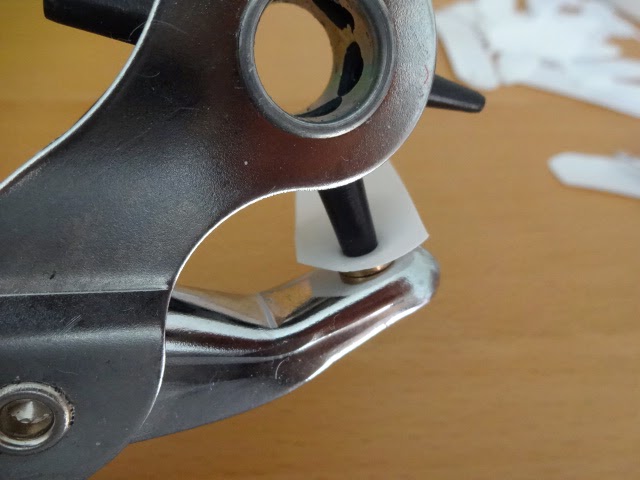 Position the eyelet in the hole 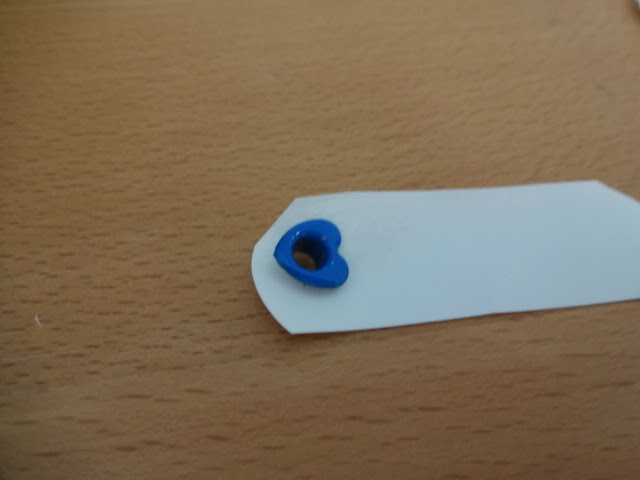 then fit into the crimp pliers and squeeeeeze like Billy-o! I must admit that a couple of eyelets or more were squashed by angling the pliers against the table and leaning on them! 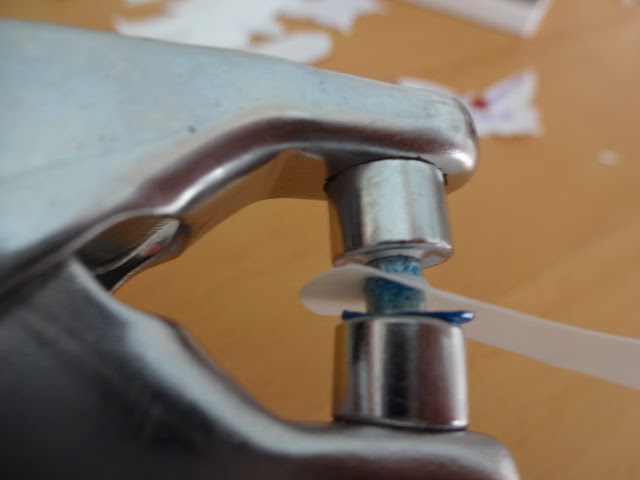 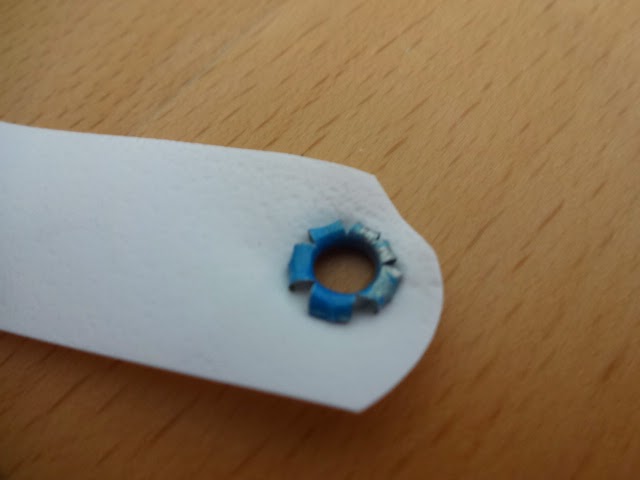 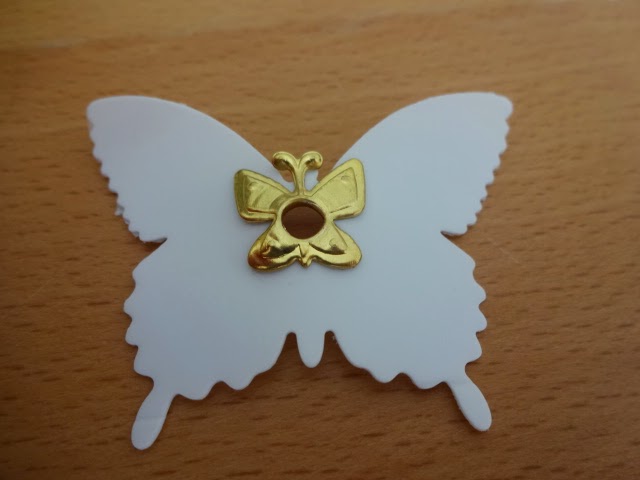 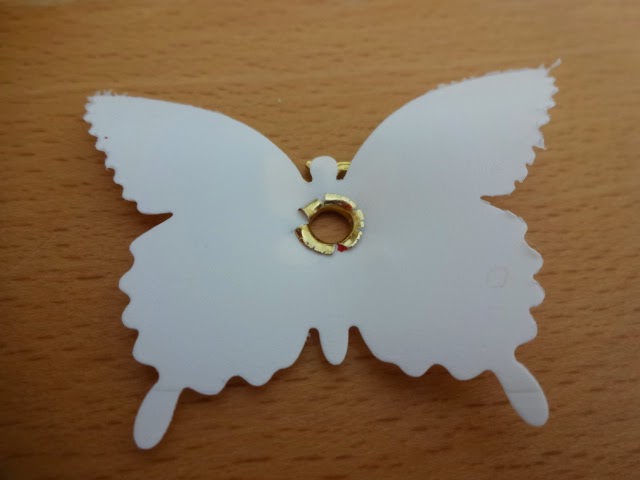 All ready for the wire or string 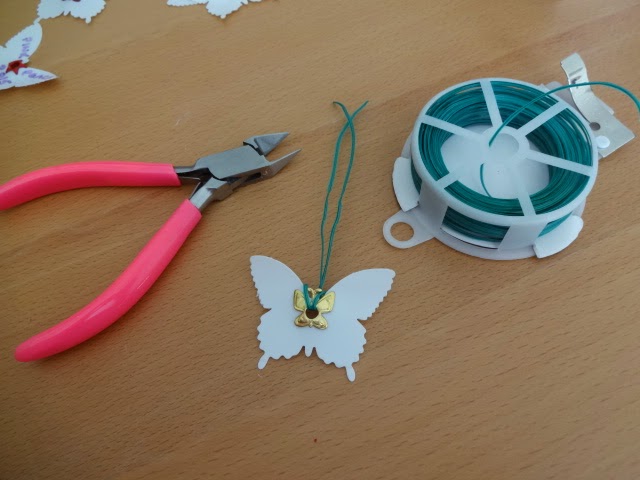 I used a Sharpie permanent marker and so far so good but I'll know better in time how well the writing, and the eyelets, hold up to the elements. 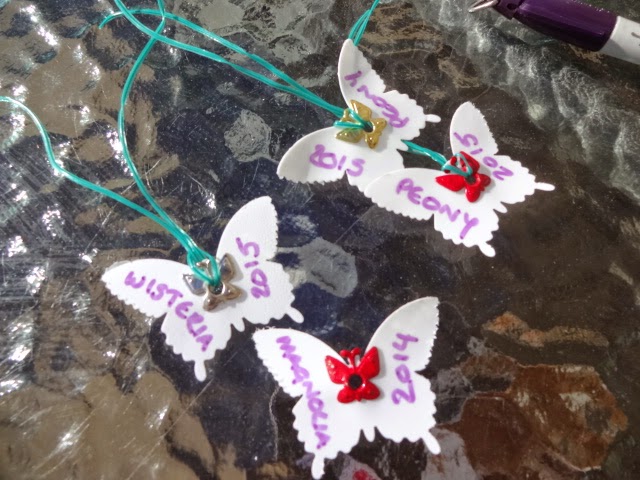 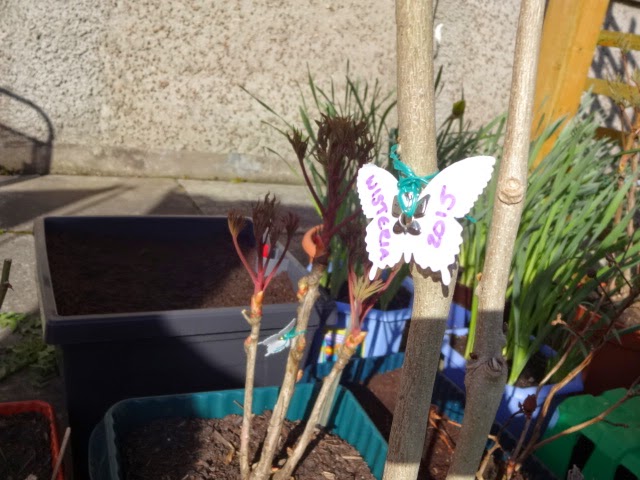 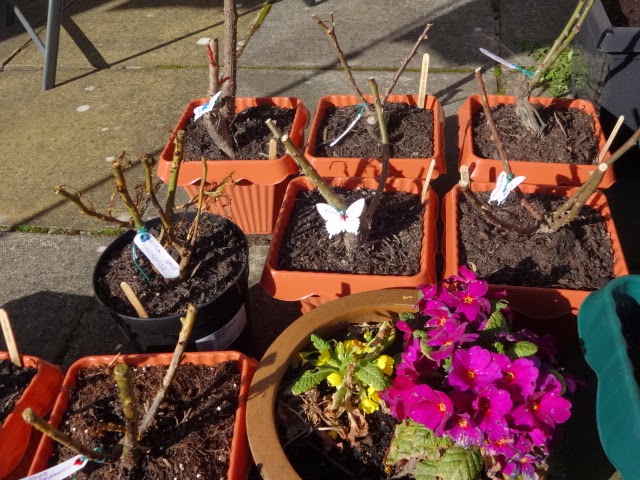 Now I just need to drink some more milk to have another container to use...!
Posted by RedSetter at 22:59