Angel Jem very kindly nominated me to answer some Leibster questions and I'm only now getting round to posting my answers- sorry Angel Jem! These have been some random but fun questions to answer so I hope you enjoy my answers.

1) If your house was on fire, what one thing, other than family members and pets, would you save?
If I had time, then aside from people and pets, I'd probably save the very old family photo albums. My Mum's old album contains pictures right back to the great great grandparents and my childhood one is in a 'Cloth of Gold' album which I think was originally supposed to display greetings card or printer samples. Given how much styles and camera technology has moved on my poor pictures look like museum exhibits of the 'auld days' or 'how we used to live'. I mean, seriously look at this, my childhood was in Black and White....hmmph! 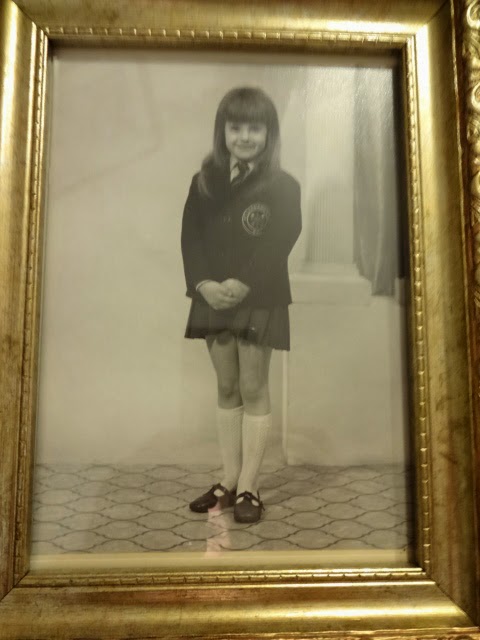 Realistically though, as I have an unnaturally high fear of fire I'd probably be too busy running screaming from the building and waving my hands in the air to save any items.

2) What, other than your children, is your greatest achievement?
This is actually a hard one and I am finding it difficult to choose between two options so I'll put both. One is that I strive hard to be a genuine and good person, to be responsible and caring towards those that I love and to be there for my friends and family.

The other is more materialistic and relates to my academic achievements. I always wanted to someday have more letters after my name than in it and I have achieved this with seven academic or professional awards. I never use them except for application forms but it is nice to know they are there.

3) What would be your dream job and is it a job you do or have done?
I suppose to a greater or lesser extent I have a good job, though I'd argue this vigorously when I need to get out of bed to go to it in the morning. It allows me to be creative, to work with committed individuals, to teach others and to be working towards a higher purpose for the good of others. This makes it sound saintly, and it certainly isn't, but as jobs go it has its merits and its moments.

All jobs have downsides but if I could create a total dream job it would probably be working with animals but never having to scoop the poop or deal with the whiffier side of things. Is there such a job as puppy and kitten cuddler aboard a cruise liner....? 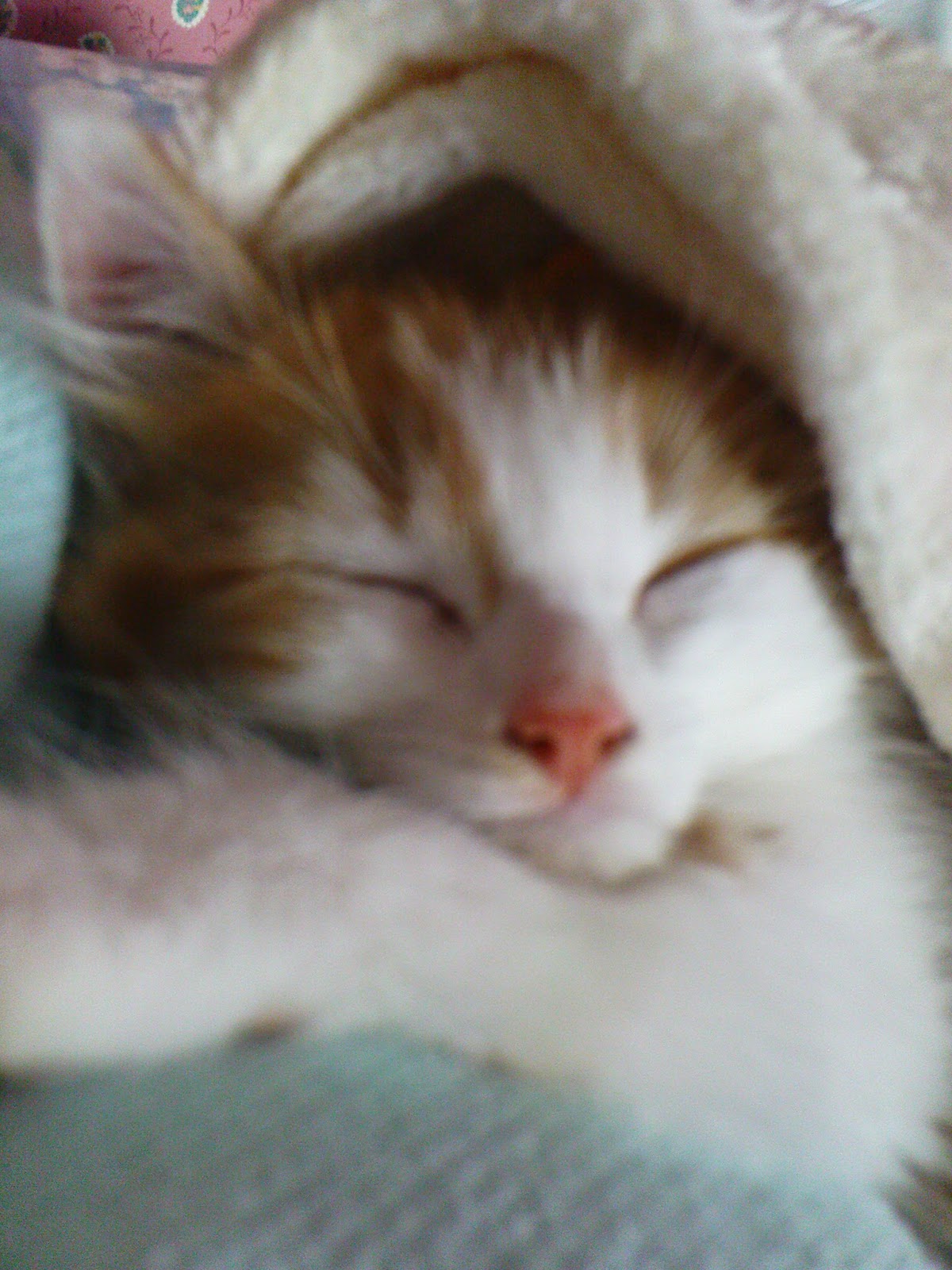 4) What is your dream holiday destination? 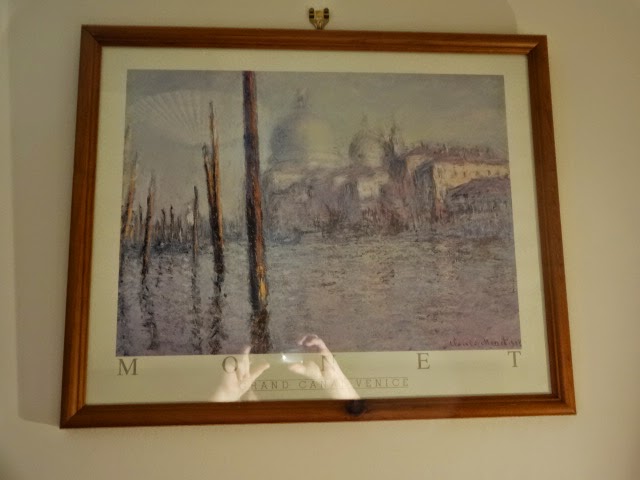 Venice. Quite simply, no question, no arguments. This is on my dining room wall and there is another print in the living room.

5) If you won the lottery, what would be the first thing you bought?
A flight to Venice and a beautiful apartment in a palazzo overlooking the Grand Canal to ponder how to do good with the rest of the money.

6) Name your top three films of all time.
I'm a huge cinema fan, love world cinema and have an eclectic range of DVD's. Oddly, in trying to whittle it down to 3(+1) I realise the ones I could watch again and again are light, insubstantial and heart-warming rather than weighty and worthy. I could probably act all the main parts of the films I've chosen and they are rather aged now but I'd definitely watch them anytime.

Only You - a light romcom with Marisa Tomei and Robert Downey Jr but I adore it as it bobs along through Italy (see answers 4&5). RDJ's big brown eyes do it for me every time as I can refuse big chocolate brown eyes almost nothing - whether they be human or canine!

You've Got Mail - another romcom and getting a little dated now as technology moves on so fast but its a sweet feel good film which gladdens my heart.

Ripoux contre Ripoux (My New Partner) -  A daft cop buddy movie  with Thierry L'Hermitte and Philippe Noiret set in Paris, which is another favourite city, with some very funny lines and an over-excited horse given a performance enhancer which wins both the first and third race without stopping.

I'm going for a fourth, Angel Jem set the precedent (not that I'd sneak on her tho').

Fanny and Elvis - yet another RomCom - what a surprise, eh? Set in glorious Hebden Bridge with lots of glorious Yorkshire countryside. 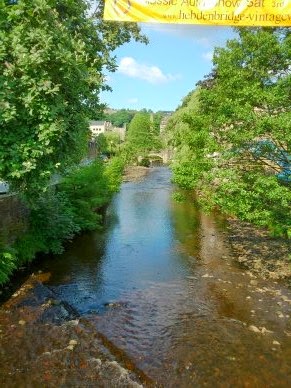 7) If you could have a conversation with a famous person, dead or alive, who would it be?
It would have to be Jesus for my conversation. I'd love to get his take on what is being done in his name and what he thinks of how people are interpreting his messages. I'd like to think he'd be pretty outraged at people manipulating faith for their own ends.

I have a theory that the core of all religions are actually from the same stem as they all revolve around love, respect for others, drawing together in the collective societal good and forgiveness for human failings. I therefore wonder if all the different world religions are essentially the same thing drawn from different angles. A bit like the way one individual's recollection differs from that of someone else who was also present at an event or occurrence.

I have a second theory that bad people latch onto religion as a way of indulging their unacceptable behaviours while masking it in a cloak of pseudo-acceptability. Making yourself the right hand of a dead/fictitious religious deity means you can never be contradicted by the boss but still pass the blame on to him. That is truly inspired, after all who can prove you are not fighting the good fight when a 'faith' or a belief cannot be argued definitively.

I reckon Jesus would be the most fabulous conversationalist to sit with debating life and the universe. I'd also like to know his take on religious humour and whether he sits and think "yeah, that's so ME!". I want my higher power to have a good sense of humour.

8) What is your earliest childhood memory?

My dinner bowl cooling on a window ledge! I spoke with my mother about this years ago and she reckoned I would have been around the age of 18mths. She used to cool my dinner by putting it outside on the window ledge to cool it (we lived on the second floor for goodness sake, what was the woman thinking!). I can vividly recall being in a highchair on the opposite side of the table in front of the window and reaching out to get the bowl from the other side of the table. After that I think the next memories must be around three or four years of age.

9) What is your favourite season and why?
It used to be the colours of autumn, which I do still love, but as I get older it reminds me more of the fading of life. So I think the expectation of spring is probably now my favourite, particularly as I have a garden and find joy in the resurgence of overwintering (or more accurately surviving) plants. 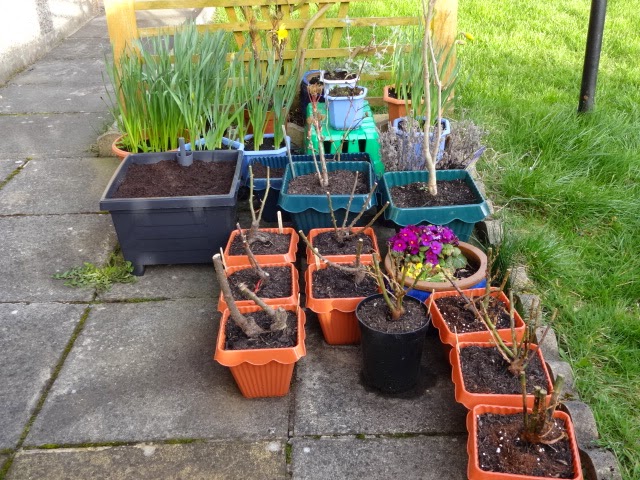 Last year's £8 'twig' from Aldi finally bloomed this year and brought me such joy in its delicate blossoms, and that it wasn't actually dead 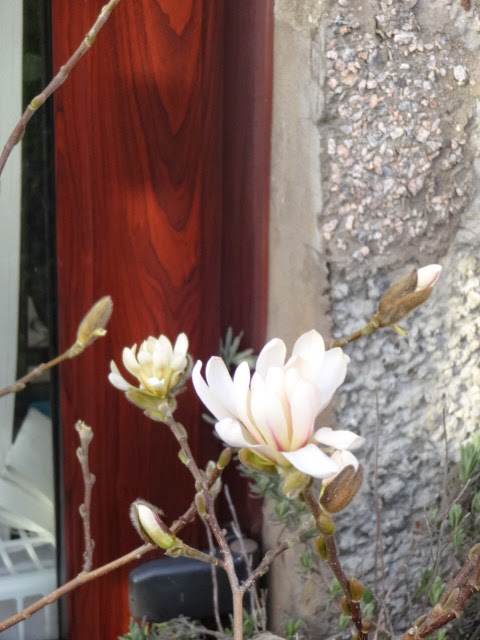 I especially love that first cool morning when you shed all the winter gear and go out in shirt sleeves or a light cardigan as you just know it is going to be a glorious day. This used to be my favourite morning of the year when I was at school.

10) What made you decide to start a blog?
My first was started for my new cat Red in 2009 to document his first year from a pompom of a kitten growing up to be a real cat and all our lives together. 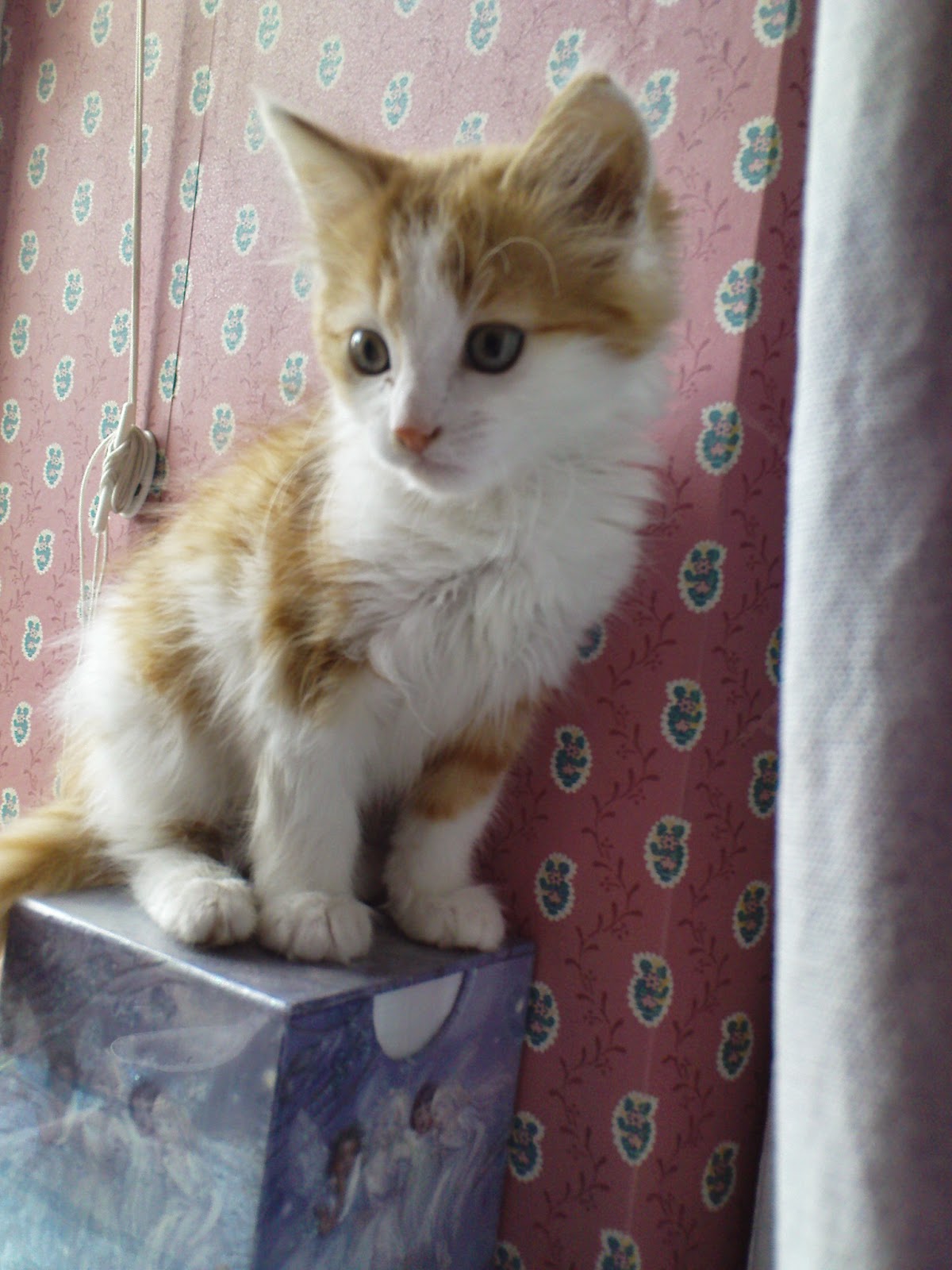 Then I started a blog for my jewellery making but, after getting confused over which subjects to post where, I decided to make this one mine and give over pepsimaxaddict to the cats.

It's a given that life changes for good and bad, and some of the blog posts document this. However, what sometimes strikes me in reading my back posts is how much personal stuff and feelings are hidden between the lines and during the posting gaps.

The more I got into blogging the more I loved it and have 'met' some wonderful people. I love being allowed such privileged access to the lives of others and the reciprocity of sharing. I read a wide range of blogs on lots of subjects and lifestyles but the ones that really get me are the ones who write from the heart and share the good and bad honestly.

11) What would you like the future to hold for you?
Beyond a lottery win and moving to Venice, you mean....?

My retirement plan is to finally have the time to have my absolute long term heart's desire of two red setters and to live in the Peak District.

More than anything I just hope that my future will be happy and surrounded by those that I love and living my life with pleasure.

Now I think I am supposed to hand this question set over to some others but frankly, I think I'm actually at the back of the queue and feel like I am left holding the baton. So, rather than delay posting this any longer if anyone hasn't answered these questions please let help me out by flagging yourself up and I can gratefully hand these to you with a flourish!
Posted by RedSetter at 23:35