This morning I am asking a Scottish Question of national importance and significance. Obviously, later this year there will be a referendum to determine whether Scotland remains as part of the United Kingdom or becomes a separate nation.

However, another centuries old Scottish Question quite possibly stirs even greater levels of nationalism and reaction on a visceral level and the answer has even been known to split families due to fundamental differences.

What then could be that important. Well, the critical question is 'Sugar or Salt on your Porridge'? You may well laugh, but my family was one of those with irreconcilable differences! 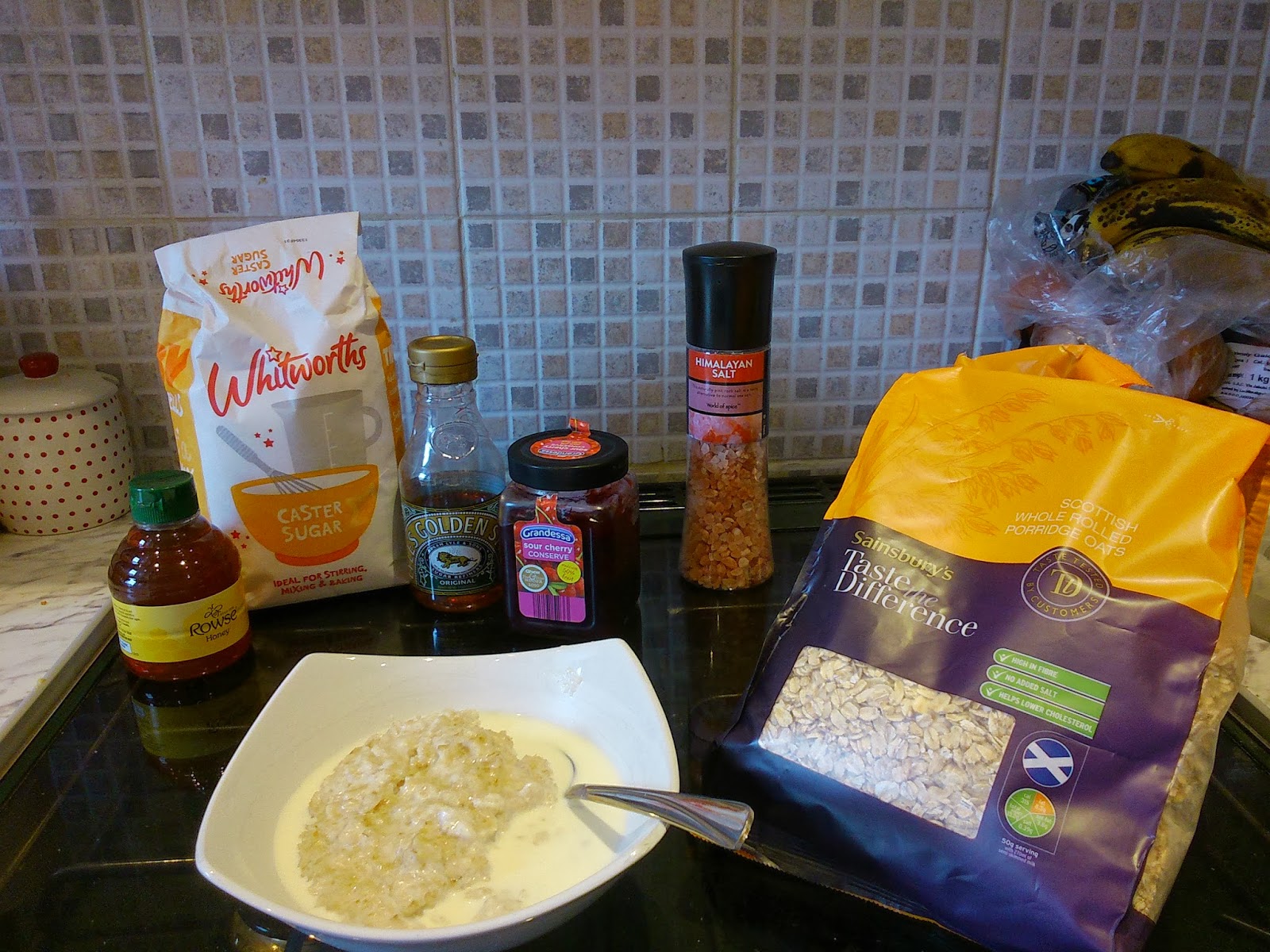 I took a notion to have porridge this week. For me this means the jumbo oats from Sainsburys, double cooked in a ratio of 1 part porridge to 2.5 parts of half milk and half water, served with a tiny sprinkle of caster sugar, some milk and a splash of cream. 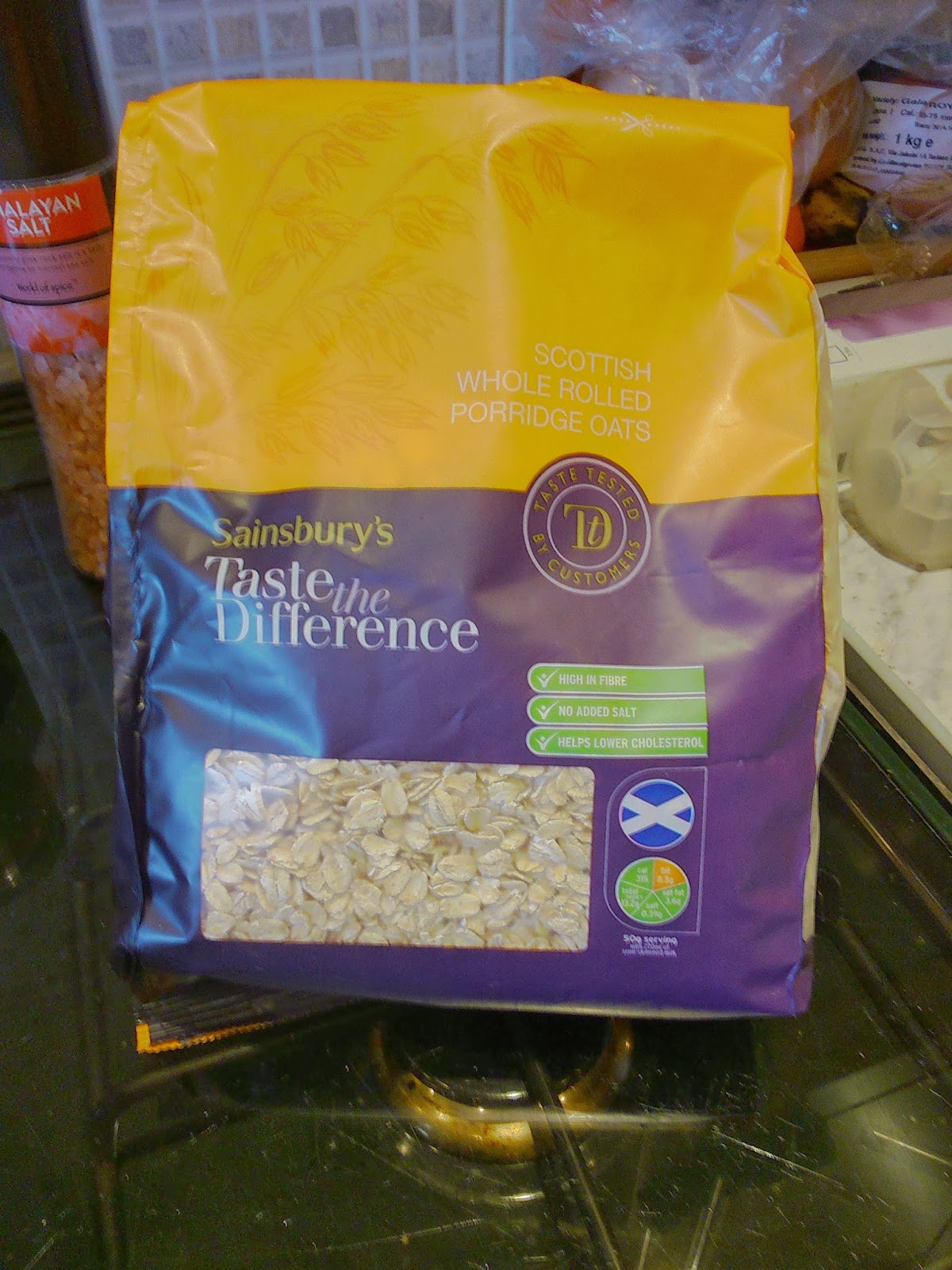 Quite a decadent breakfast but so, so tasty and it has really hit the spot. 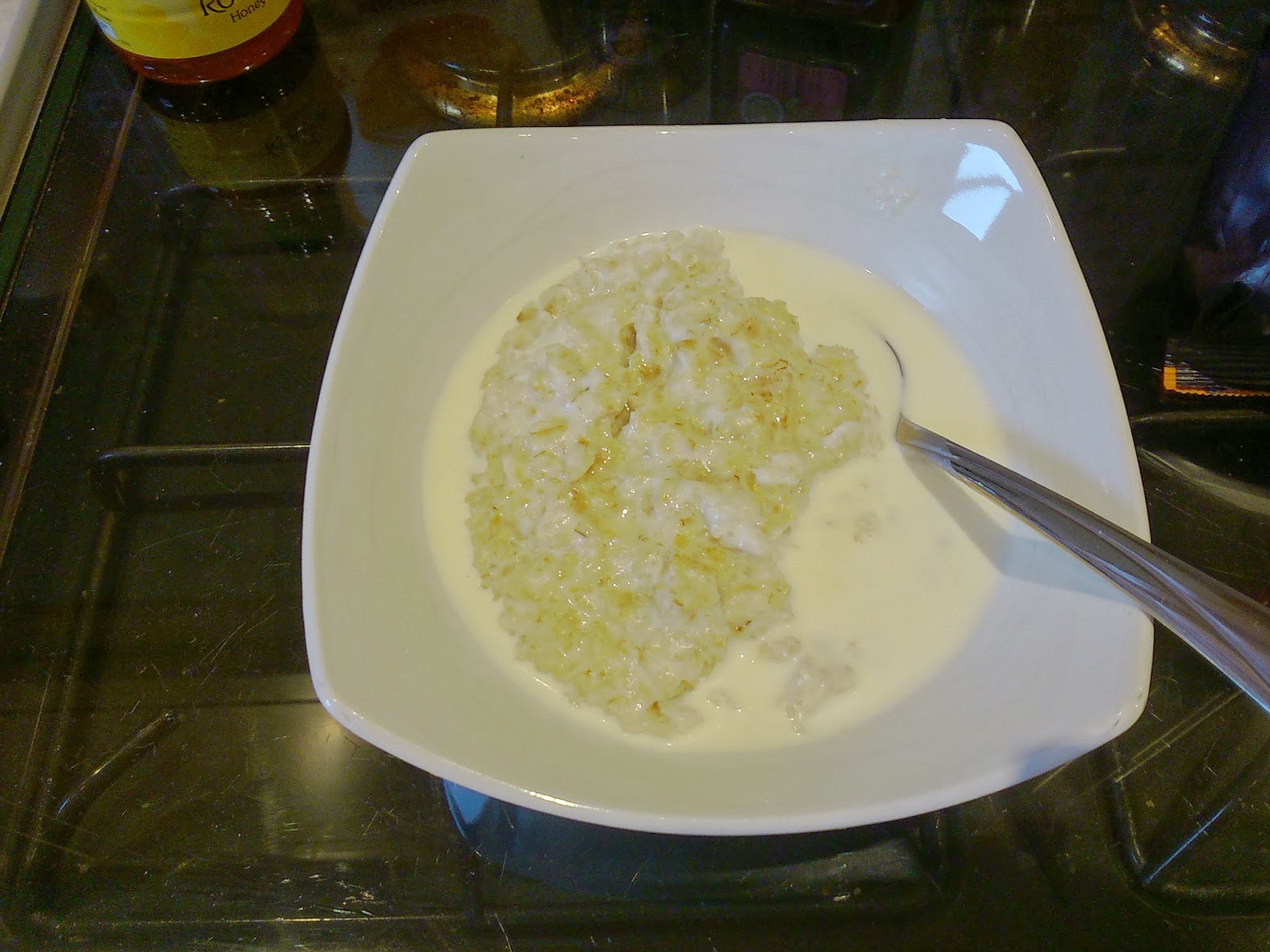 Only in adulthood have I become a porridge lover. As a child ours was a salty porridge home and I can still recall how revolting it was. My Mother, and her's before her, used Scott's porage oats, water only and a giant whoosh of table salt squeezed into the pot. It was served loaded with sugar, in an effort to offset the salt, and some milk. I absolutely refused to eat it and my Mother could not even countenance considering omitting or reducing the salt. Later on when she tasted my version minus the cream she became a real fan of it but by then she was on anti-hypertensives and not allowed salt, funnily enough! However, it remains a bone of contention as to this day as she still insists mine is 'too rich', cooked with all cream (!) and that her salted version is both better AND the proper way! See, opinion actually runs that deep.

You'll note I've used two different spellings as this is another hotly contested issue of the 'proper' spelling and even manufacturers can't agree. Most nations have this food in their repertoire or a variant so for anyone who has an opinion and wishes to share their views I actually have two questions:

1. How should 'proper' porridge be made?

2. How should the word be spelt?

Red sat at the end of the sofa tasting the air and wondering if any of it might head his way. 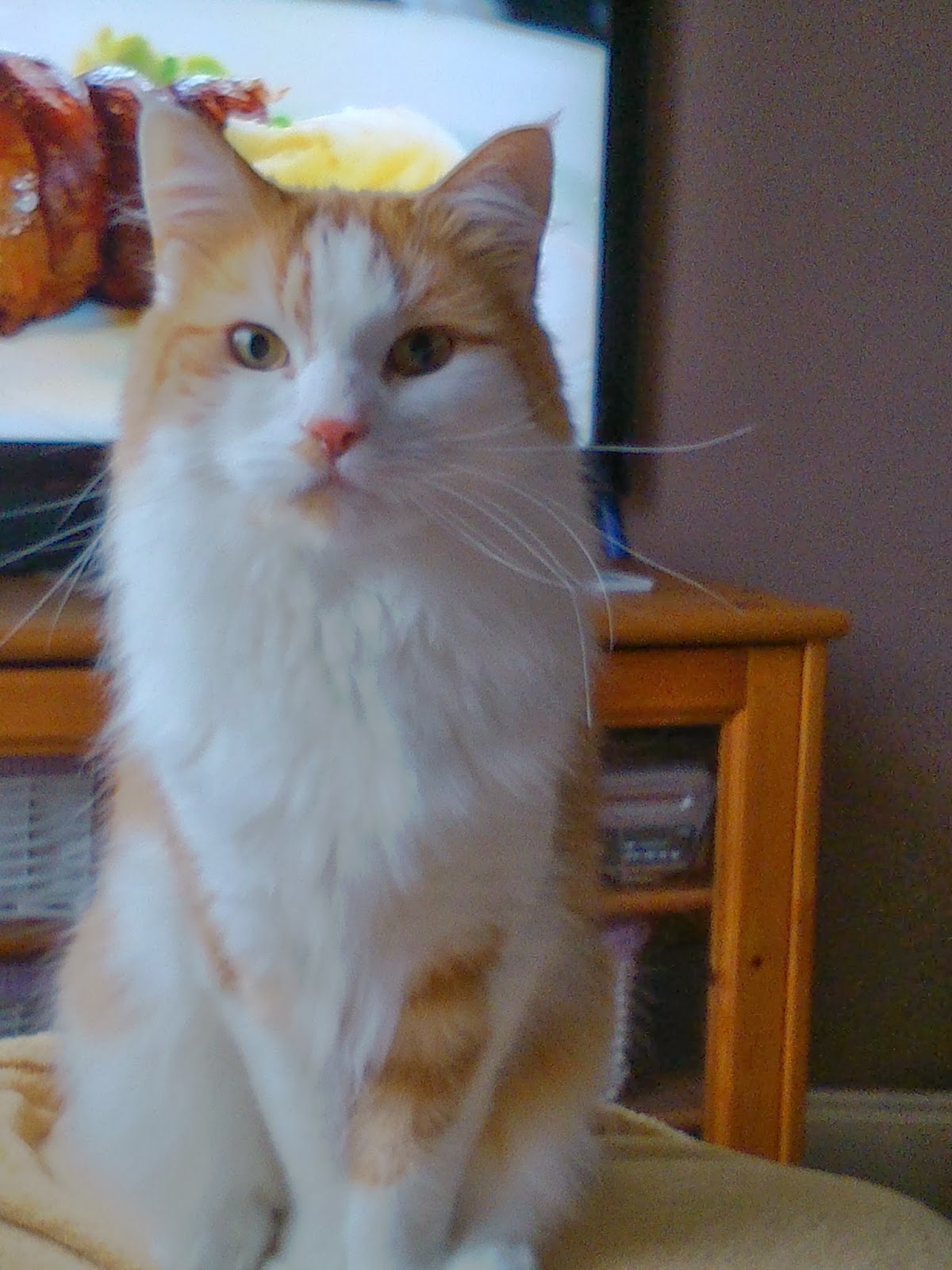