A Year in Books: How Did this All Happen by John Bishop 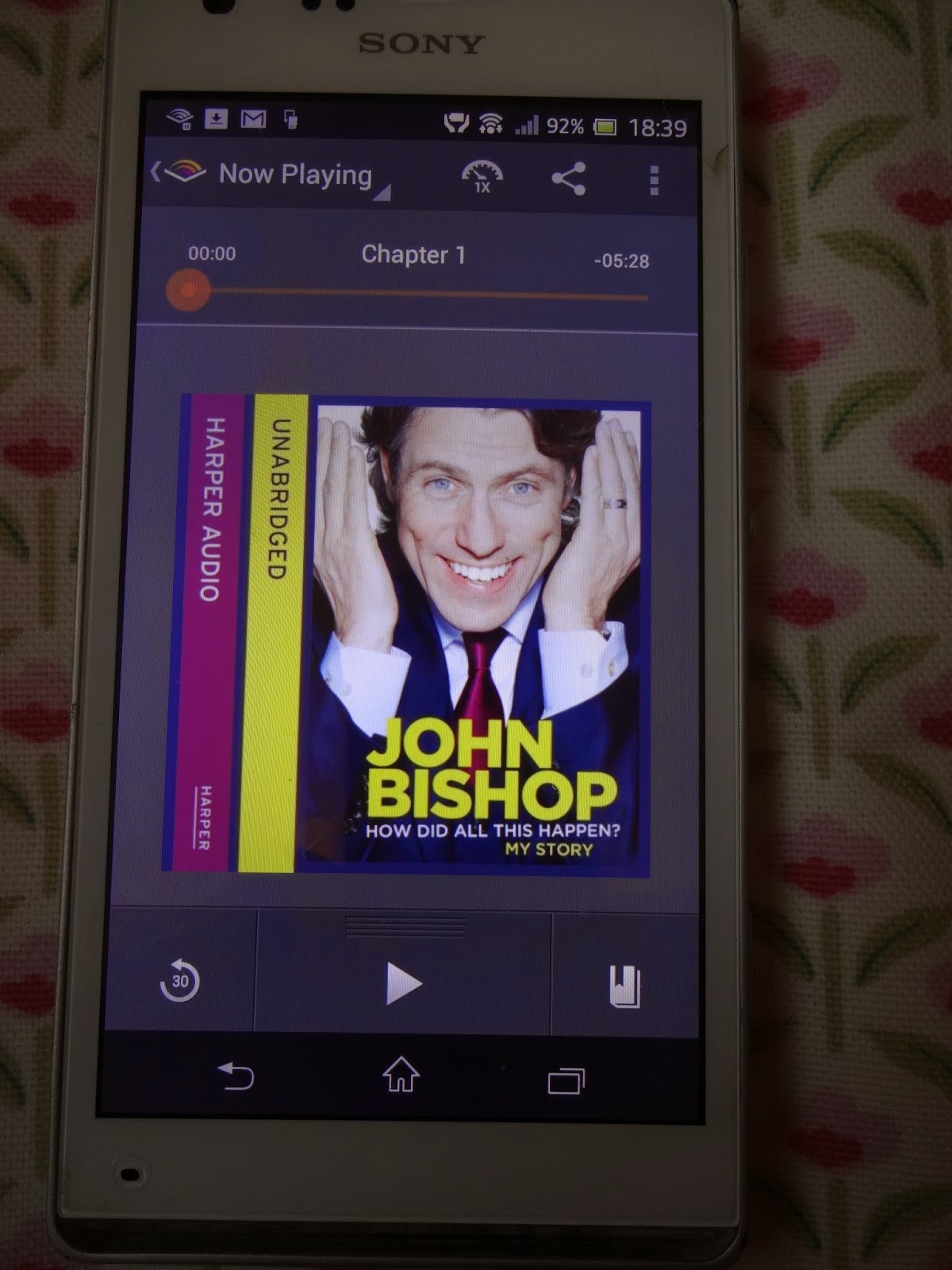 I rarely, if ever read biographies or autobiographies. I am not sure why but I think it has something to do with the lack of transparency or truth. If it is an autobiography the author has a vested interest in presenting a particular image,and may under or over emphasise events or aspects of themselves. A work of fiction has no such pretentions of representing the truth yet some autobiographies may be ghost written or have a poor relationship to reality. Biographies are the same in many ways as they are the writer's interpretation of the reality of another complex human being masquerading as factual.

So, after having eloquently explained that I don't like the genre why did I decide to purchase John Bishop's autobiography on audiobook? Truthfully, I've no idea! However, I am so glad I did.

John, I've just followed his life to date so I think we are on first name terms at least, reads his own autobiography. He has quite a distinctive voice and, although it sounds slightly flat in the way it does when you read something you've written, it does bring something special and personal when the reader is the author instead of having an actor added to the mix. I felt the same when Stuart MacBride read his own fiction novel as he brought an emphasis to certain aspects.

I thoroughly enjoyed John's self deprecating and open style and the fact that we are a similar age meant I could identify with many of his childhood references. He has also done a great deal for charity involving working as a teenager in a hospice and doing significant fundraising but he explains these in a very matter of fact way or rationalises them away as something he did for the personal experience and the fundraising was just an aside. He is clearly a pretty smart and gifted chap with a strong moral sense so I got the impression he was rather modest over the significant good he had achieved. He came across as an honest, reflective guy that you'd have no trouble sitting trading stories with as a friend.

That's what made him such a compelling listening experience for me as it made me recall breaks spent in the company of more senior colleagues where I used to work who had a very strong oral history tradition. I worked there for 15yrs and it was a very intense workplace which engendered a strong 'familial' sense of belonging. It was there I picked up two of the nicknames I knew about; 'Ducky' and 'Ms DeKey's' the latter which was bestowed after a deeply unfortunate series of key related events. Our failings, faults and peculiarities were all recounted, often embellished to the exquisite embarrassment of the individual and embedded as part of the history of the place. Though I left 12yrs ago there are new staff there who know of me by my reputation and exploits in the same way I'd known about colleagues who had left long before I took up post. Listening to John Bishop unexpectedly transported me back to those times sitting listening, laughing, recounting and absorbing all the old stories or emergent happenings that would themselves become history gold. I was totally torn between devouring the audiobook and rationing it to eke out my warm memory of times past.

This book has changed my opinion of autobiographies and I think the audio nature of it and the quality of the author as the reader enhanced the experience. Autobiographies are now a genre I will consider instead of dismissing.
Posted by RedSetter at 18:51