I have been joining in with Laura at Circle of Pine Trees: Year of Books but haven't been good at posting my monthly books. I always have a physical and an audiobook or two on the go but my posting hasn't kept up. This is a review of some of my July reading and I'll do a catch up on the others when I get time. 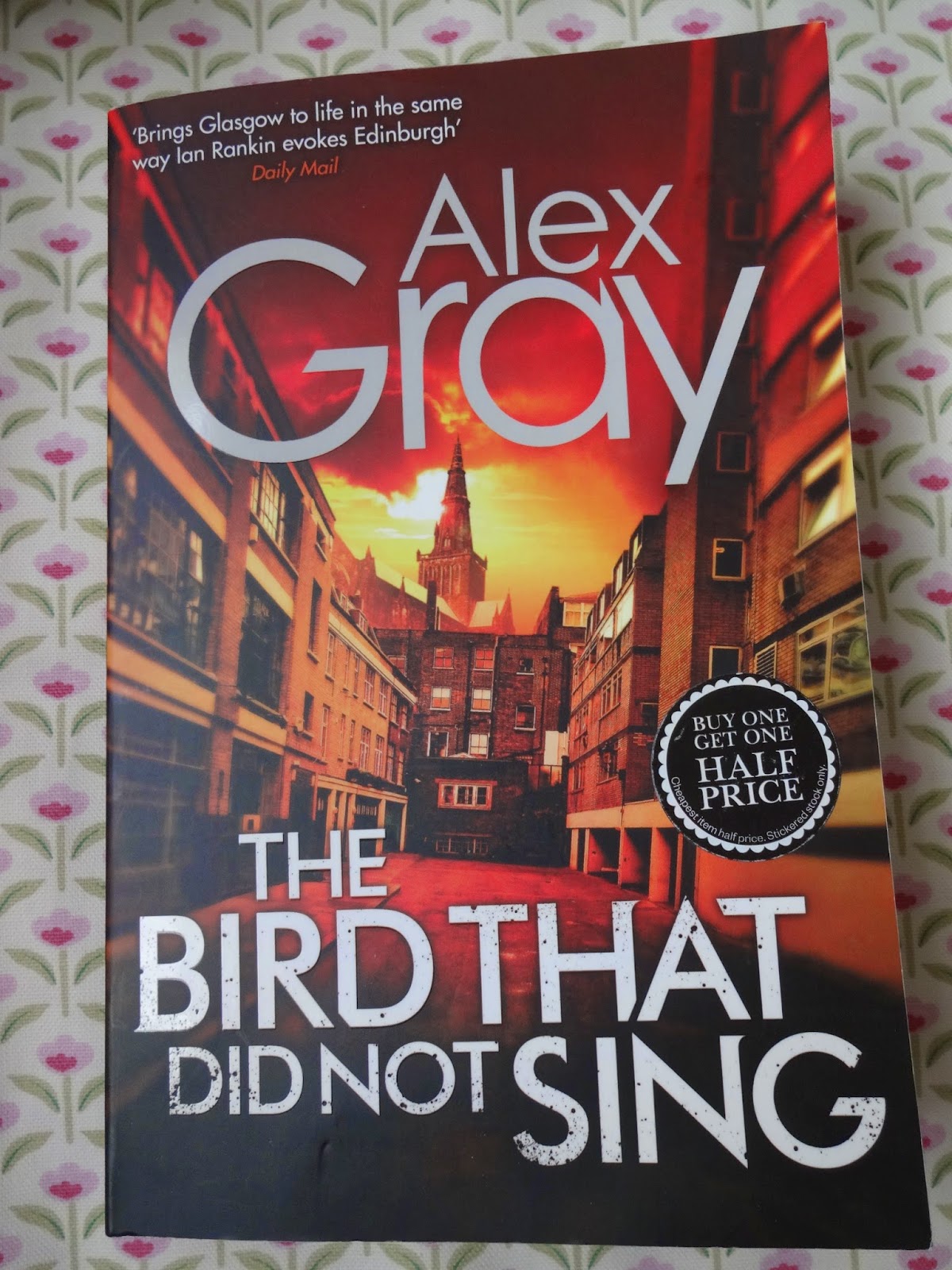 The Bird that Didn't Sing by Alex Gray is about a terrorist plot to blow up the Commonwealth Games and people trafficking. It was recommended by a customer and the sales assistant at the till in Waterstone's last month and I loved the idea of a very topical subject in crime fiction. Not so wild on the idea of something happening at the Games but this is why I only read crime fiction and never the true stuff.

The title refers to the Glasgow City Crest which represents the legend which is told of Saint Mungo who is the Patron Saint of the City.


"Here's the Bird that never flew
Here's the Tree that never grew
Here's the Bell that never rang
Here's the Fish that never swam"
The book was well written and apparently had many references to previous books in the series but this doesn't spoil the enjoyment as I've only read one other of her books. It is a little pedestrian and the characters seem a little 'dry' and predictable but it was ok. I was very keen to finish it before the end of the Games just on point of principle.

My other physical July book was the fab James Oswald Dead Man's Bones but I am going to give that a post of its own. 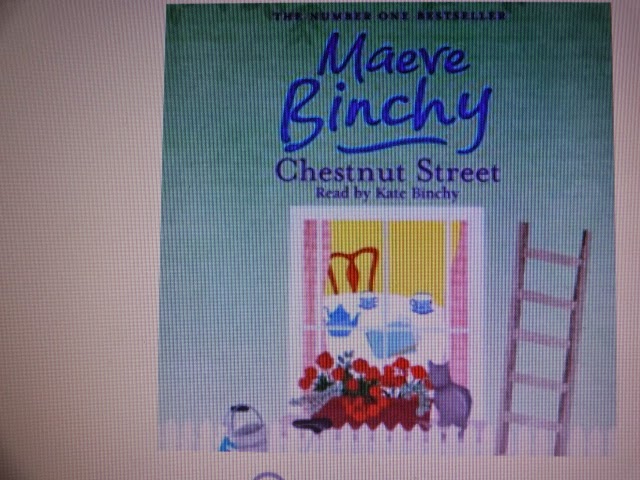 I have been listening to two audiobooks. The first is Chestnut Street by Maeve Binchy. Normally I avoid short story type books as I find too much bitter-sweetness and repeated poignancy a real turn off. However, since the sad death of Maeve it is just too tempting to hear some of her stories read beautifully by Kate Binchy. Some of the stories must have been published elsewhere as I recognised one or two. Chestnut Street is less short story-ish and more a collection of stories about the neighbours on Chestnut Street. It is curtain twitcher heaven told in gentle Irish tones and sad with the knowledge that this is the last of these stories which have been a reading strand of my life since the 80's. 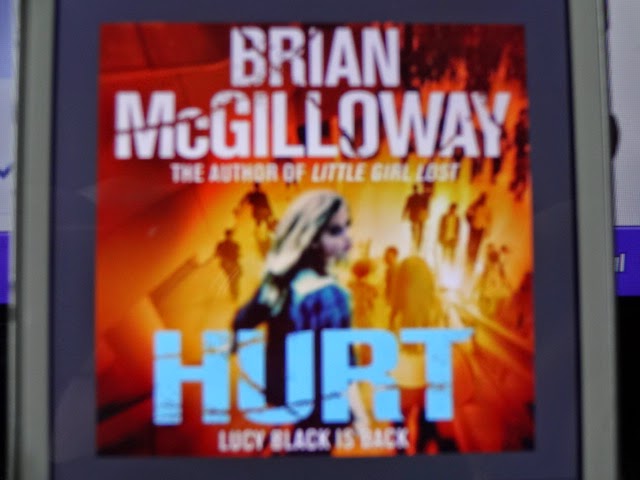 The other audiobook, Hurt by Brian McGilloway, is kind of hard going and I usually reserve it for my journey to or from work. It is a crime fiction novel and ok to pass a journey but it is formulaic and not in anyway gripping. It is also made worse by the beautifully mellifluous tones of Caroline Lennon being shaped into an uncharacteristic Northern Irish accent. I love listening to her narrating novels set in Eire and, if she is the reader, I find that can be the clincher when I am choosing an audiobook. However, in this book her accent seems too slow and clunky. If I was reading this as a physical book I'd probably check the end to see if it was worth continuing with. 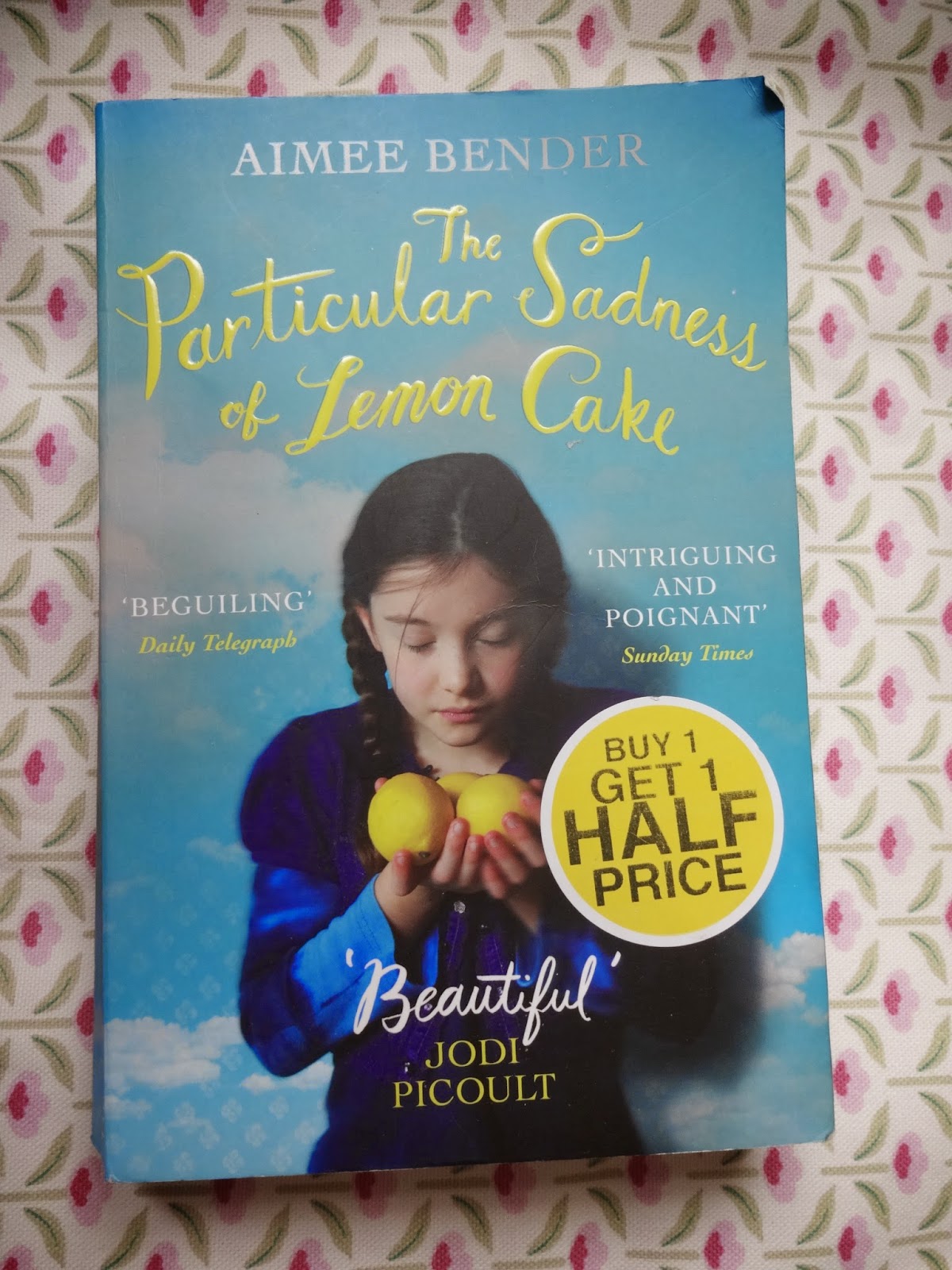 My august book is going to be one I picked up from the bookshelf in the kitchen as work. There are a number of different departments which use this kitchen and I love finding something I would not normally choose to expand my reading repertoire. Normally, if I purchase a book I will buy something I know I am definitely going to like which leads to me always buying similar types of novels. I also love the sharing aspect of the communal bookshelf as people who work in fairly close proximity, but only know each other to smile at in passing, are actually sharing their reading tastes.
Posted by RedSetter at 08:51