A Year in Books: Dark Blood by Stuart MacBride 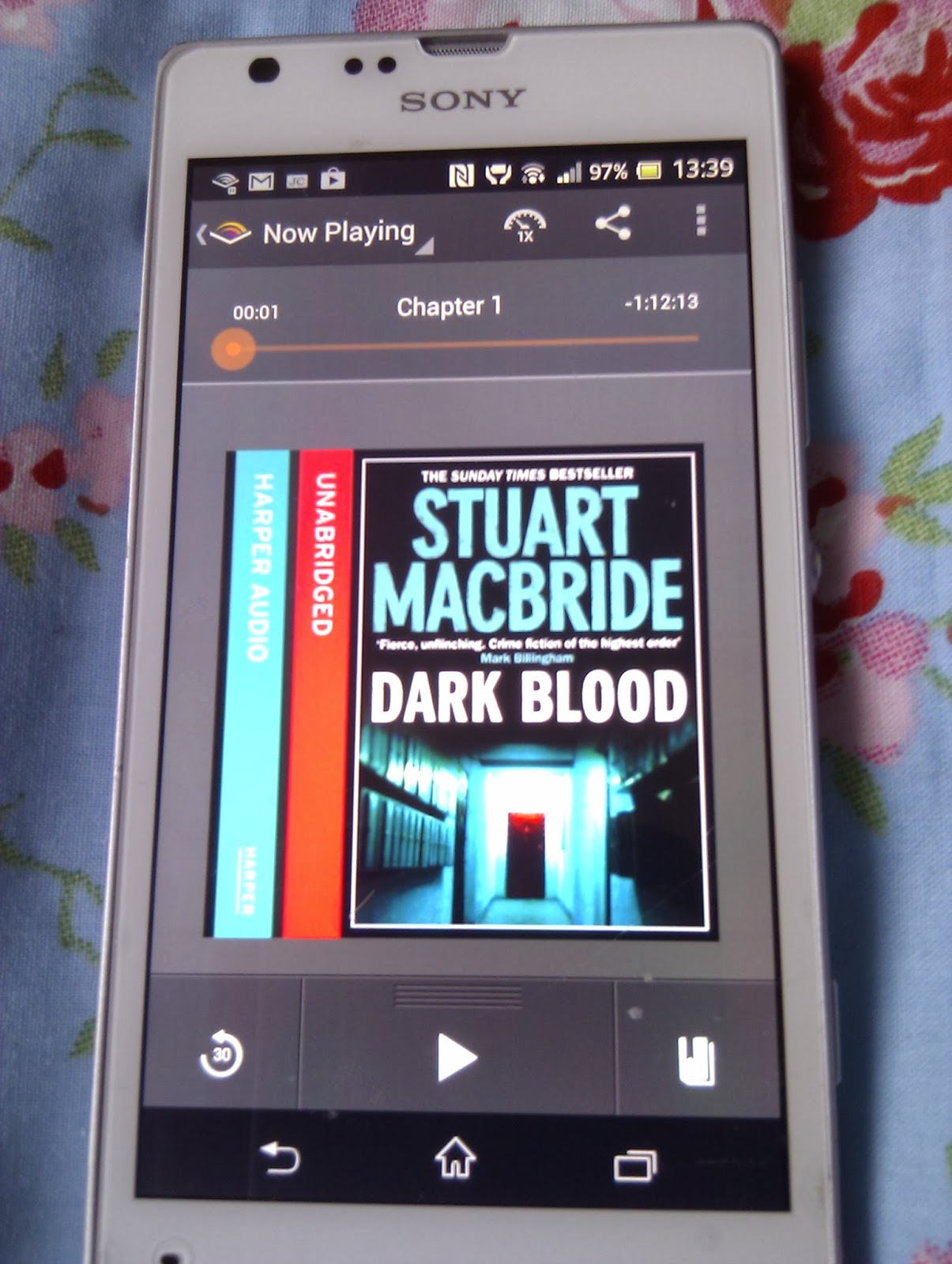 This is a crime/ police procedural novel read by the author  in audiobook format. It centres on a predatory criminal who attacks and abuses elderly men. On his release from prison he relocates to his grandmother's old house in Aberdeen. The book centres on a Sgt Logan McRae and his colleagues and there are a number of books in this series.

This is the second book I've read/listened to from this author as I picked up Shatter the Bones from the bookshelf in the tearoom at work and had read this just before I chose this audiobook. I listened to a good three hours of this one while I sat crocheting and waiting for surgery in the hospital so I think if it can hold a listeners attention at this kind of time then it is pretty engaging.

I particularly enjoyed listening to the author reading it as I felt it added a particular pace and emphasis which only he could do. The Aberdonian element and the dark humour was well featured in the book as were the author's talent for accents which added authenticity. On the less pleasant side this book was quite graphically horrible in describing unpleasant events or crimes but such is the style of this type of book.

Three things didn't settle as well though and possibly the unabridged nature of the audiobook made them more obvious. One was the sheer amount of swearing which I found irritatingly repetitive but I wondered if when I am reading a book I just gloss over the swearing instead of having to listen to it in full. Two, the DI Steel character is so overblown that she is more or less a caricature and it makes it hard to accept that she'd still be in her job given her dreadful behaviour. Third was the amount of beatings and injuries which MacRae sustained in such a short space of time. Either these were over described or a bit of fantasy but I cannot imagine any officer sustaining these injuries and still be fit to stand never mind work.

Niggles aside I would still plan to read more in this series and have Close to the Bone on my kindle app.
Posted by RedSetter at 17:04