Today was a lovely day. It started with a breakfast egg which came with added fluffiness. I like to believe in white feathers as a message from your guardian angel. Even if it is not true I am happy in my delusion so don't enlighten me as I felt blessed by two feathers. 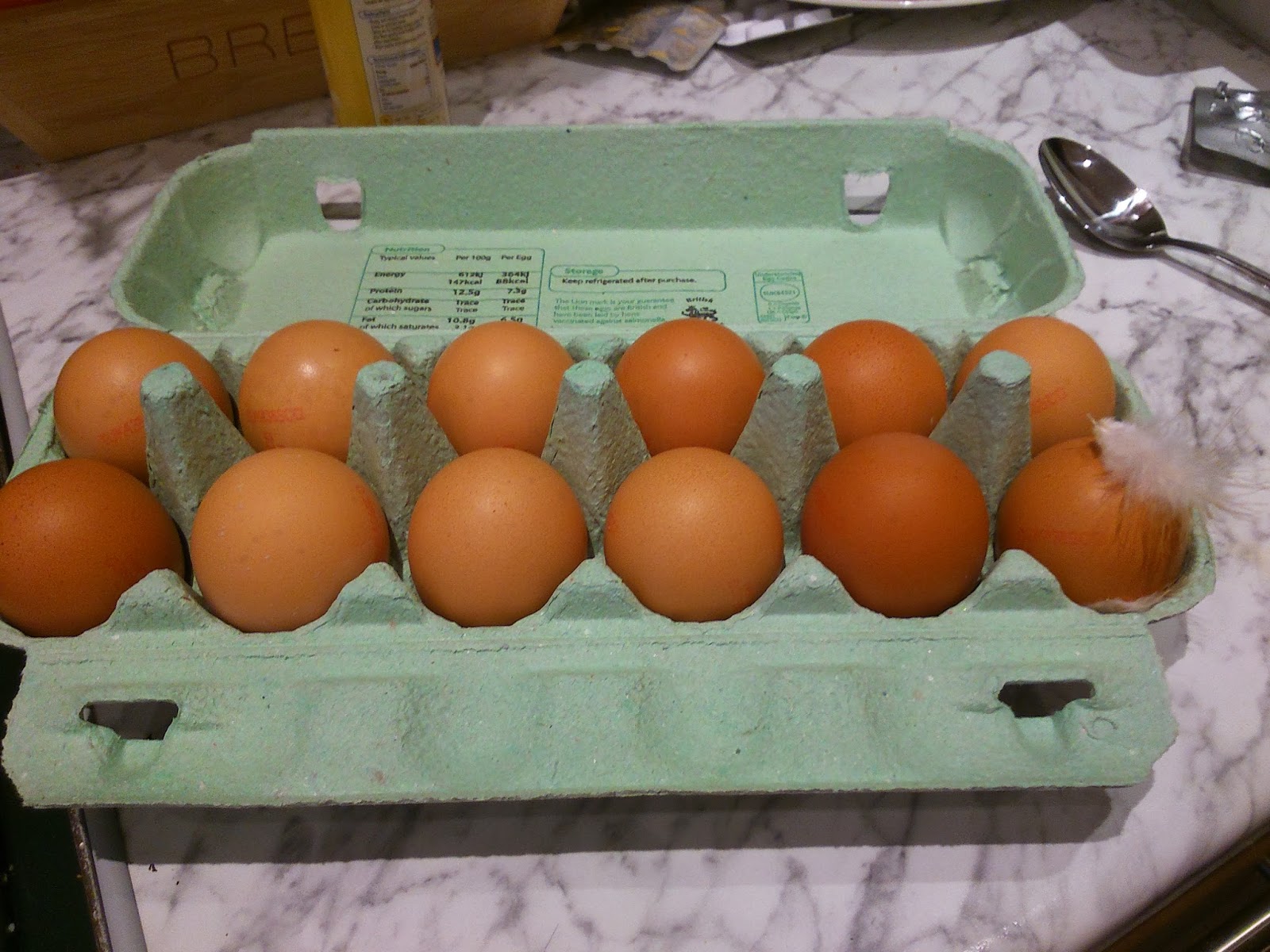 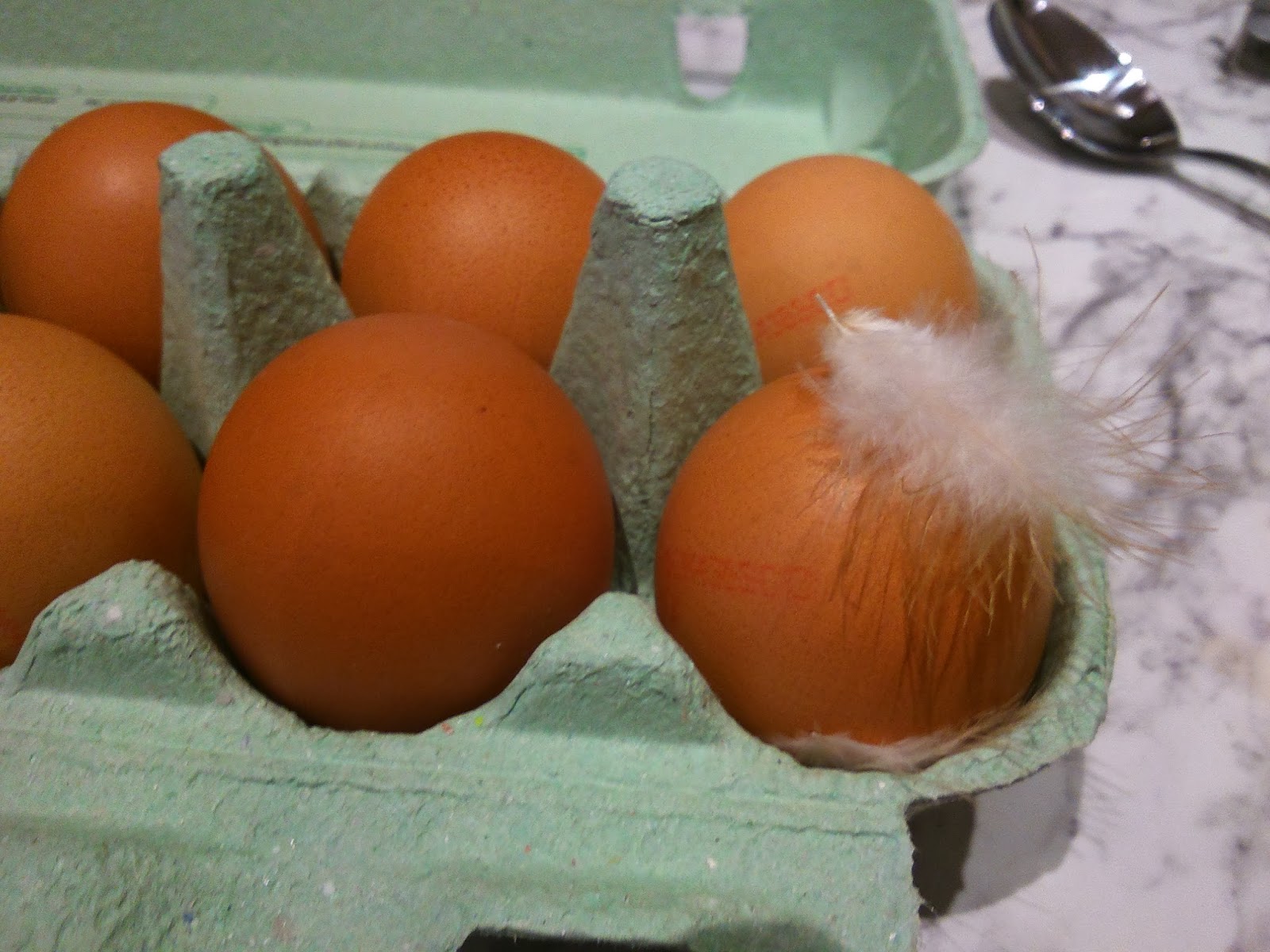 Later my friend and I had planned lunch and a good gab. As it was a pretty dreich day we decided just to take a little pootle to Clydebank to try a newish Italian restaurant where we had a nice meal and lots of conversation. The restaurant is in the bottom part of the shopping centre and right beside the Forth and Clyde Canal that separates parts of the centre. As we were talking the sky darkened and this amazing rainbow appeared. 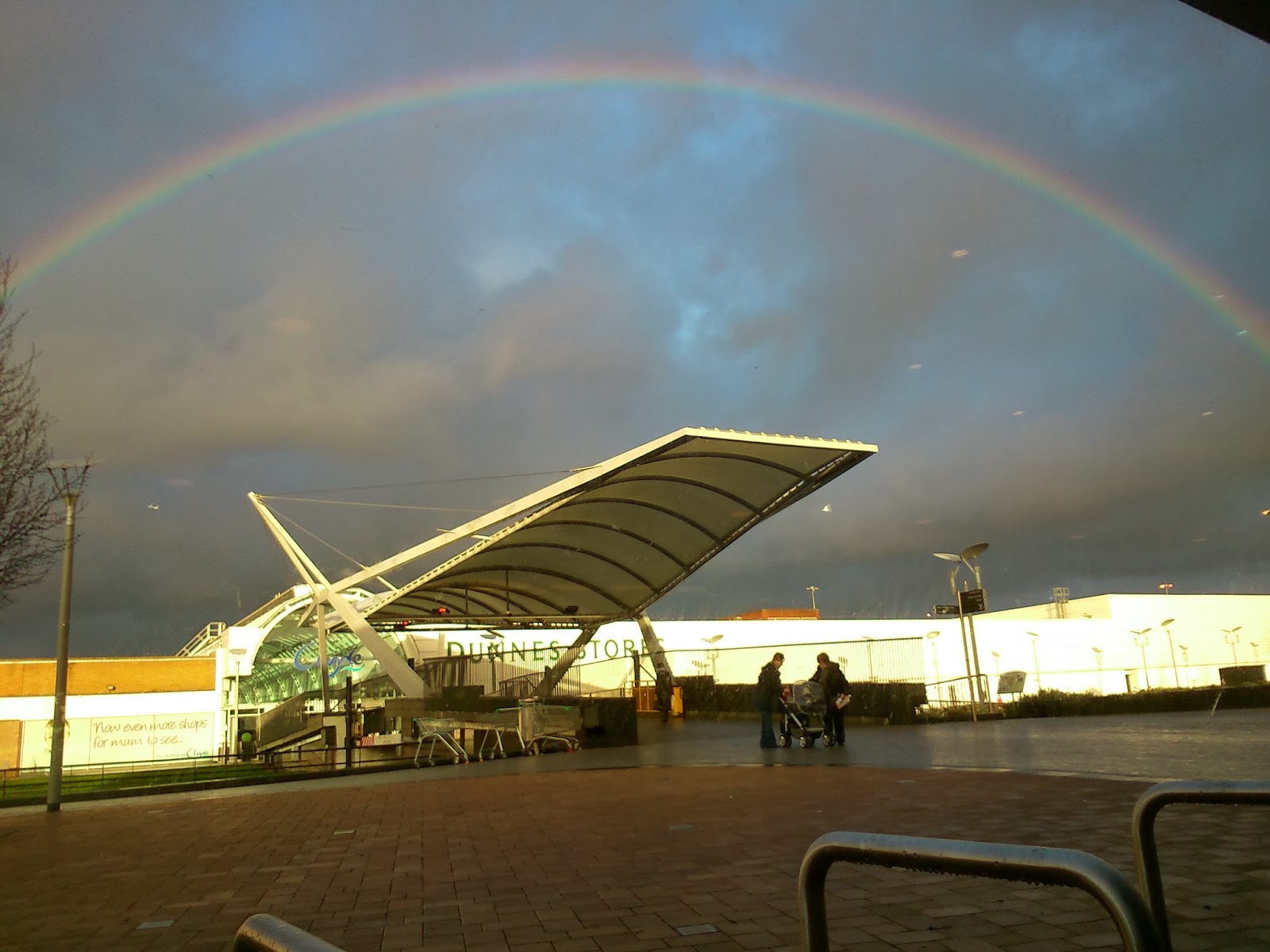 It got stronger and stronger, and a second one appeared. 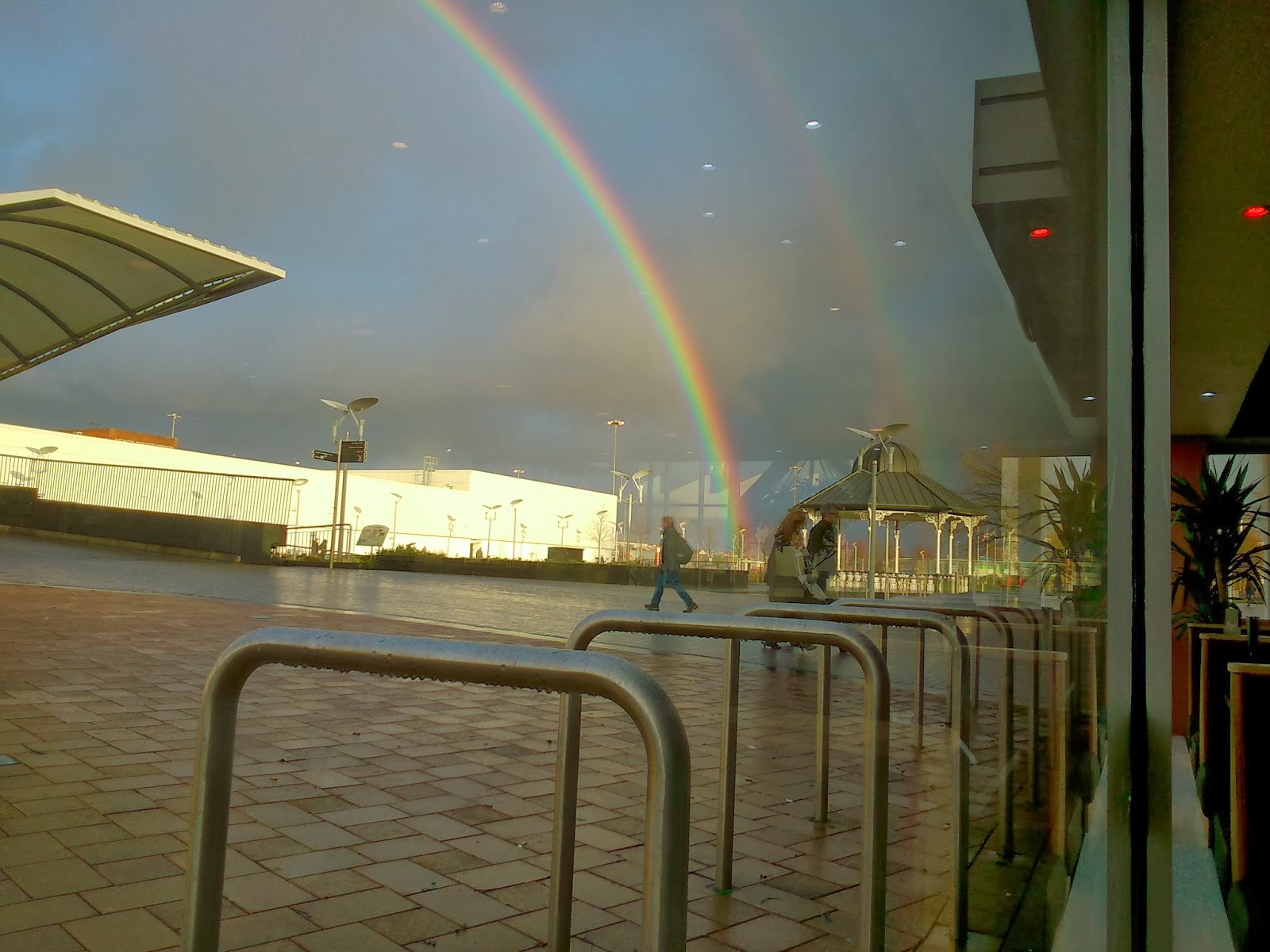 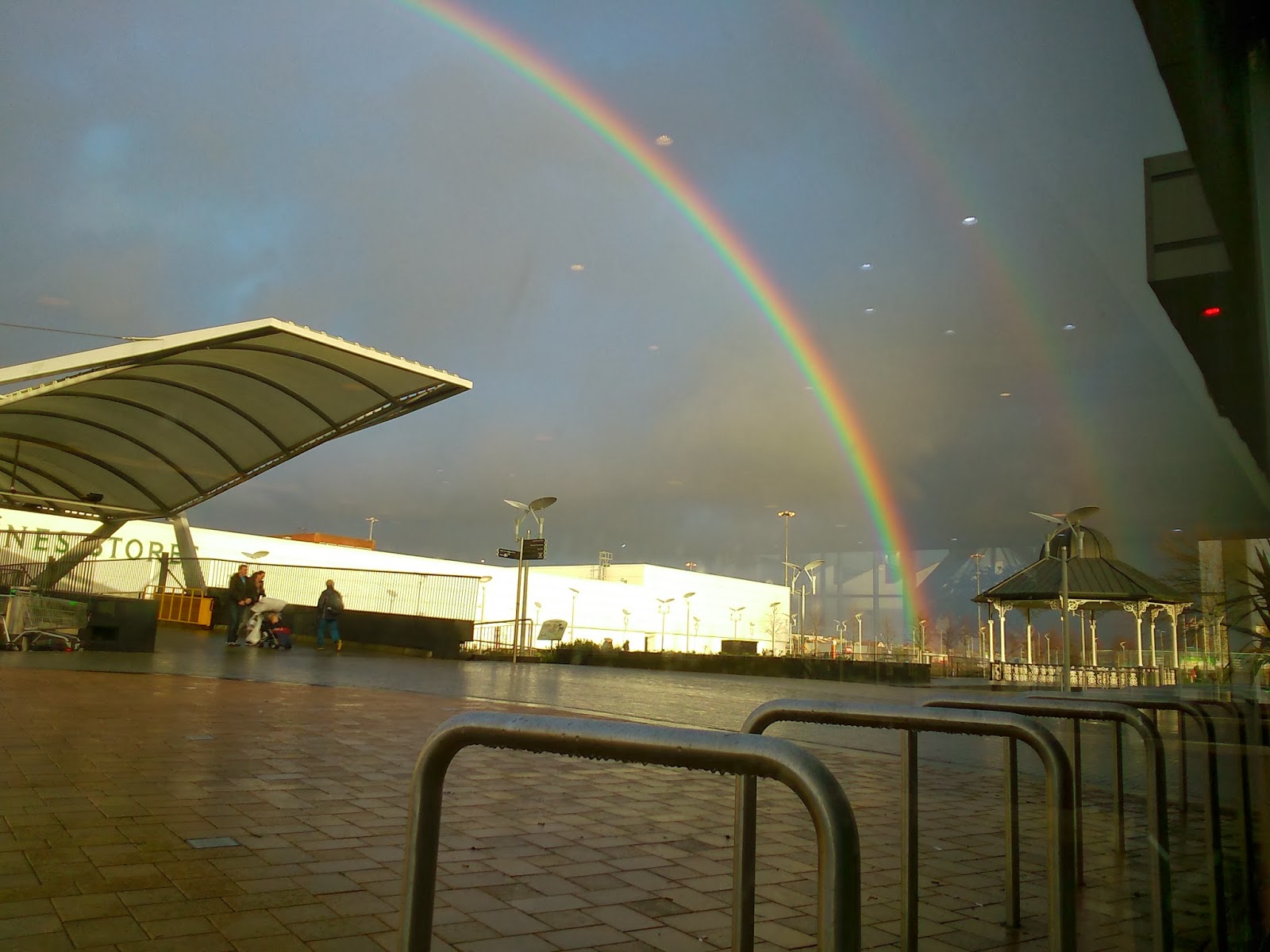 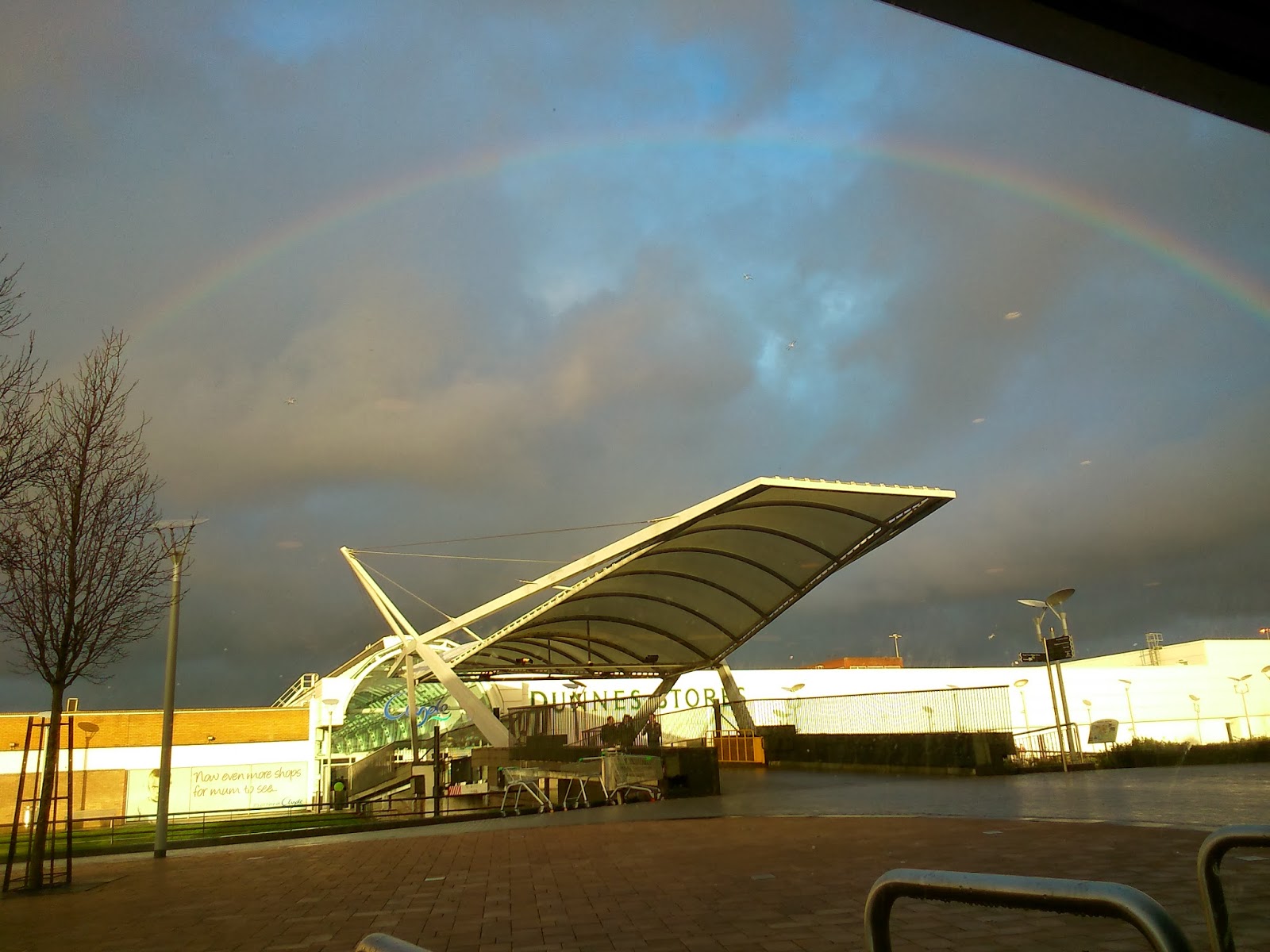 The water was as calm as a mill pond after  lunch 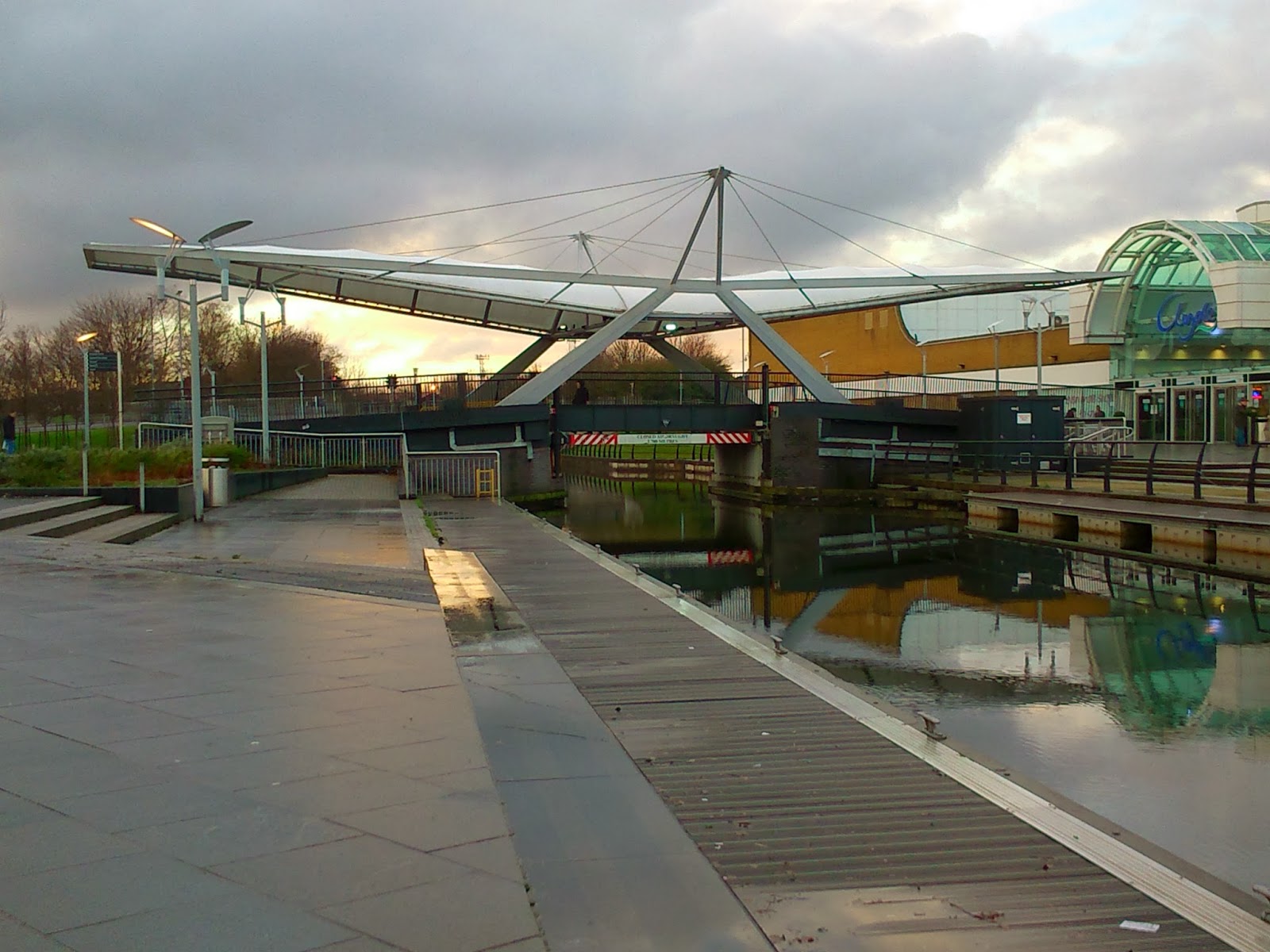 The blue and white thing in the distance is a barge/boat which is a fabulous fish restaurant. 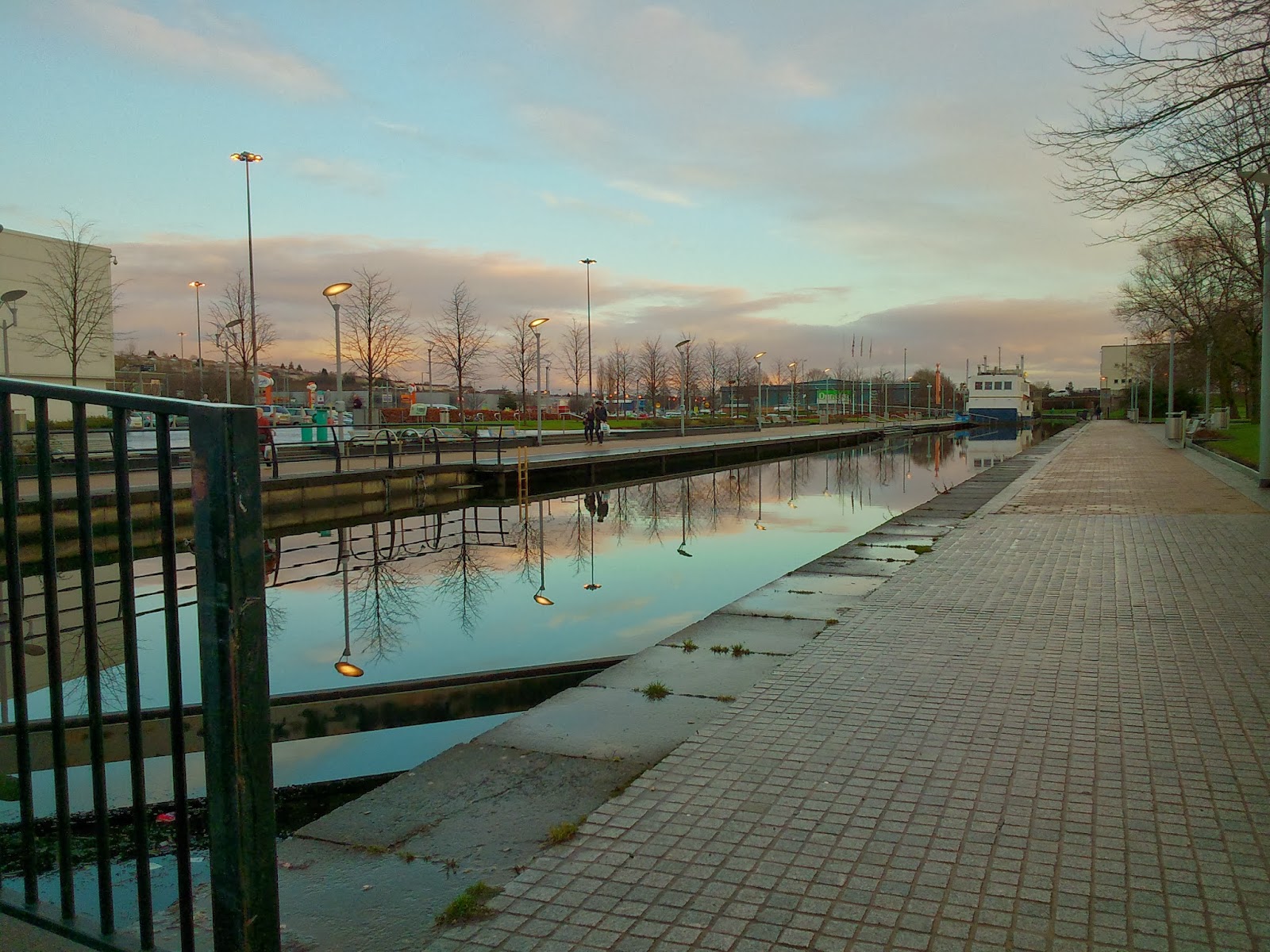 After this we did a 'lidl' shopping as I was keen to see if they still had some honey pomelo's in as I am utterly addicted to these. They did, and they also had some craft specials which I nabbed. 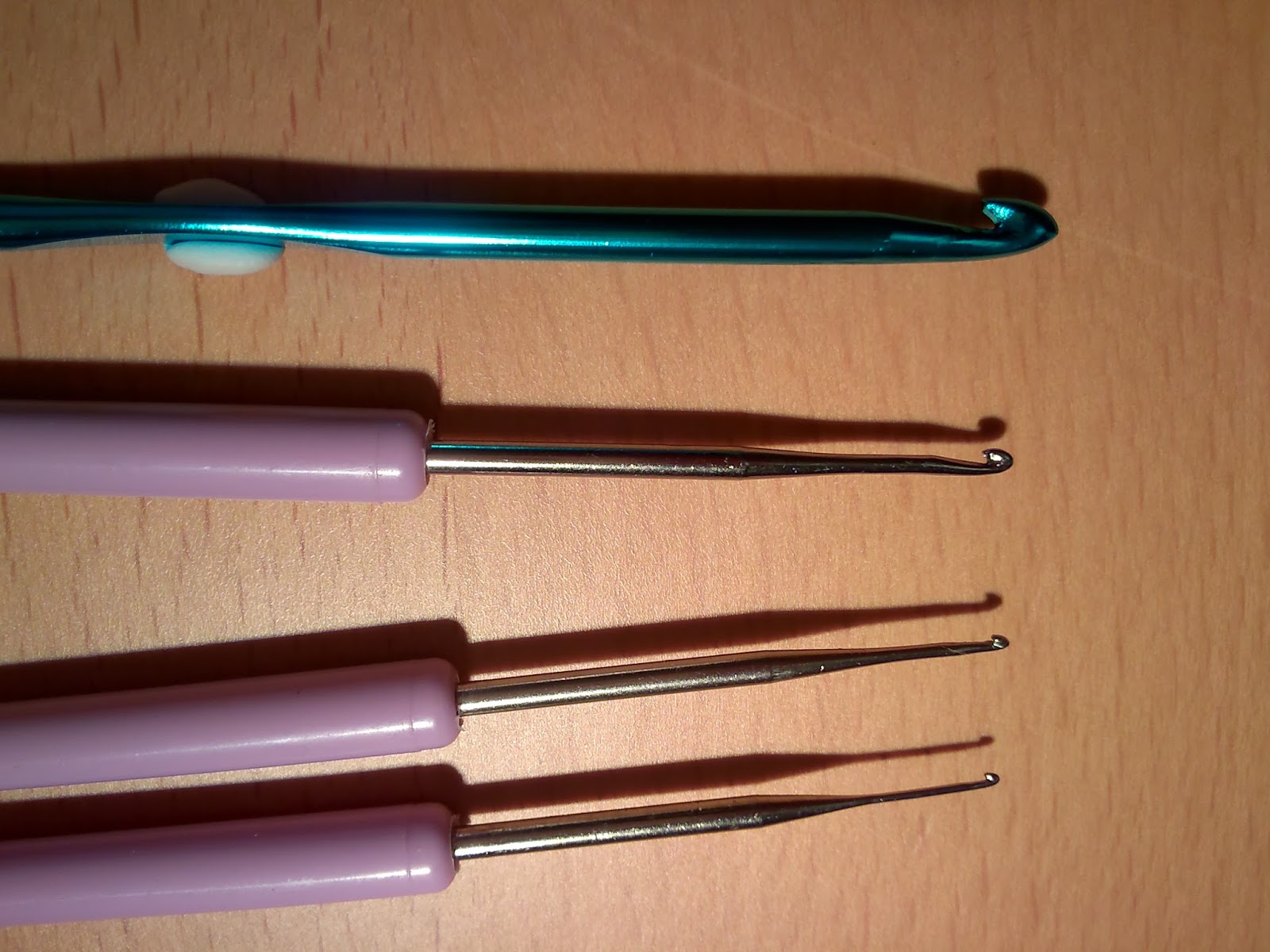 The lilac set is beside a 4mm hook to give a sense of size. These handled ones are from 0.75-1.5mm. I've no idea if I can manage to work with these but worth a go. 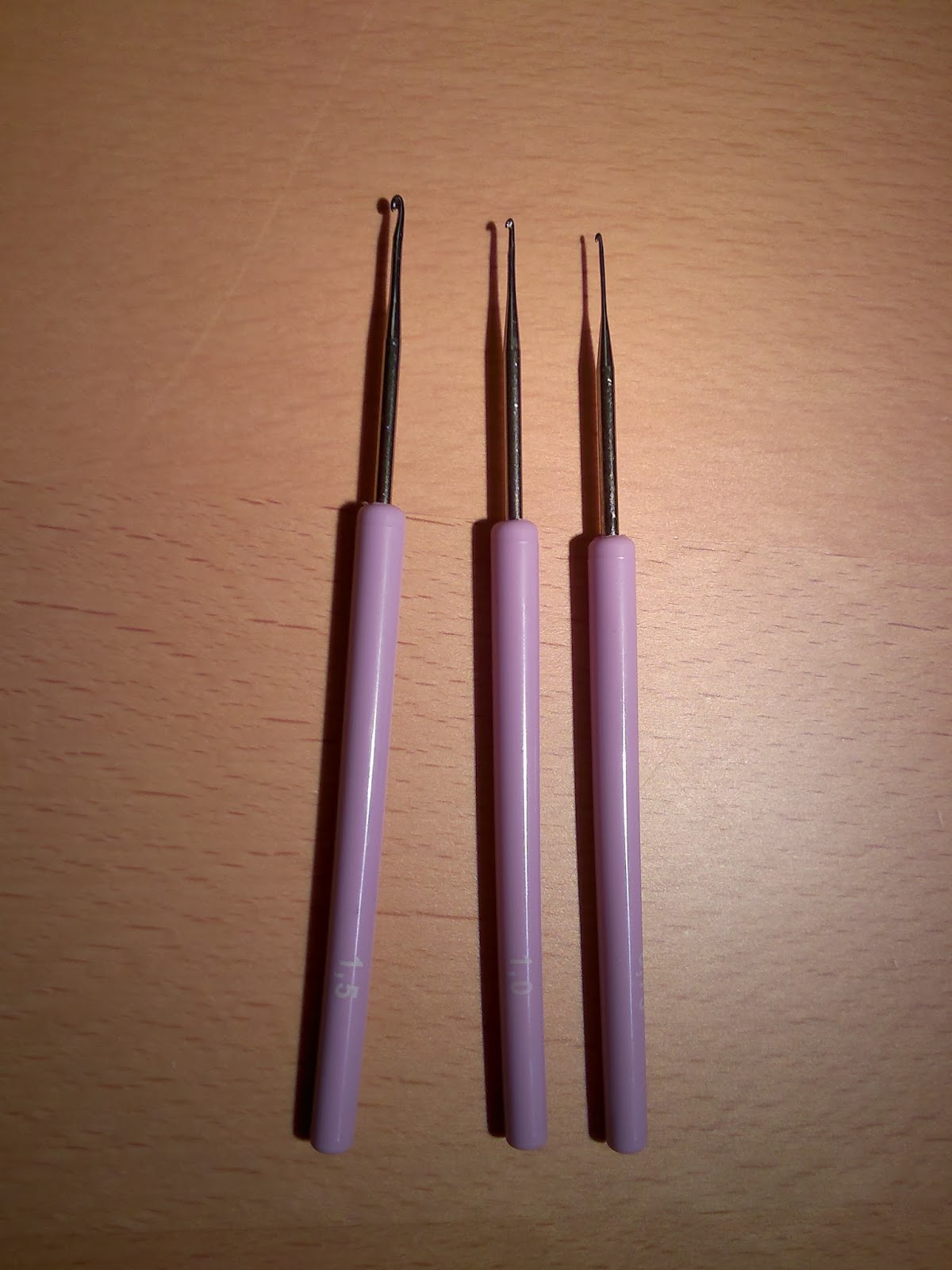 Next into the basket were some packs of cotton yarn for only £3.99 which I thought was a bit of a bargain. I can see myself possibly getting my own washcloth out of this lot. 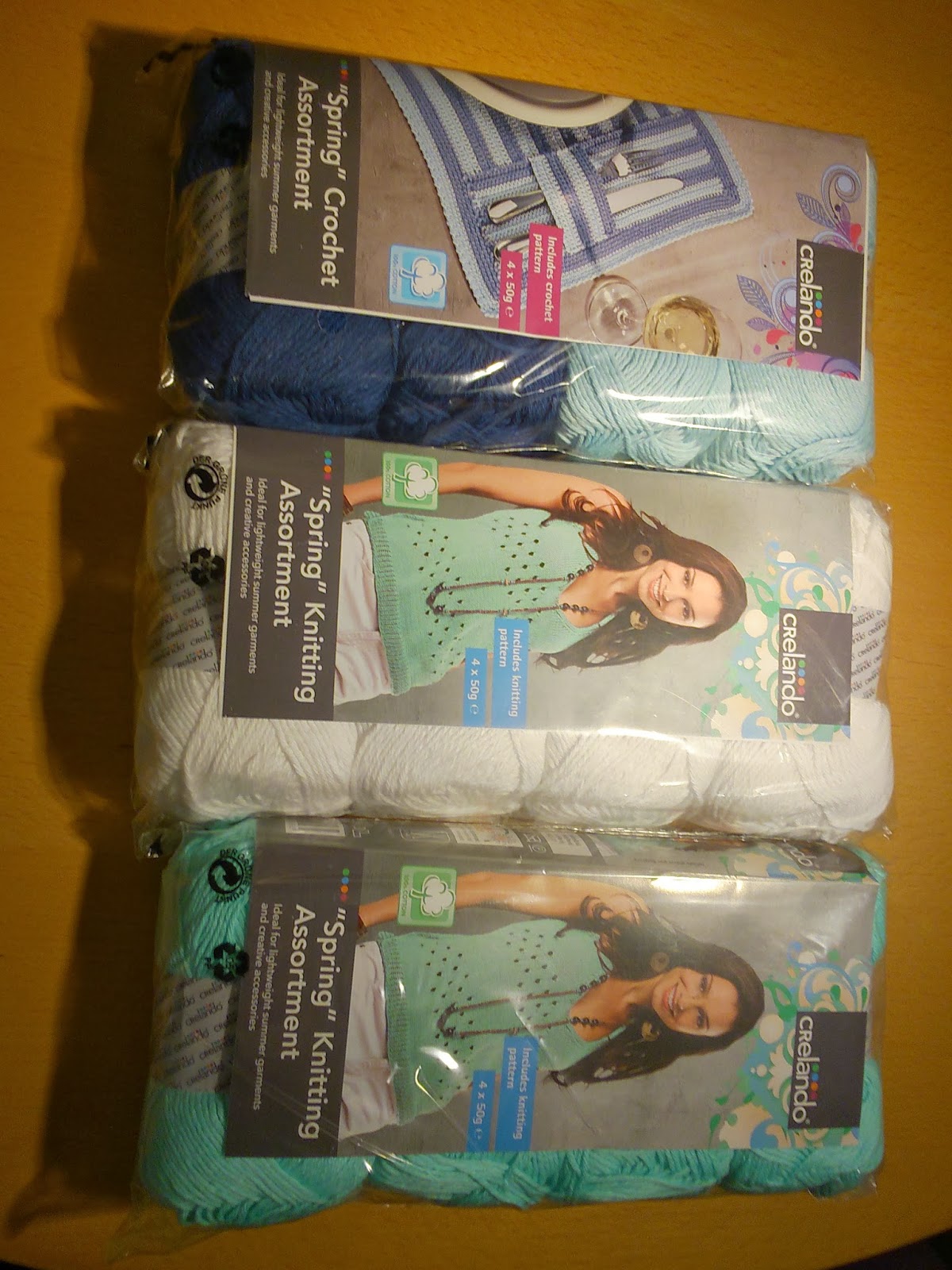 Next, I already have a nail and staple gun but have never used it. This electric one looked like it would be a decent investment as it will take some of the pressure off and help me re-cover the kidney shaped stool more easily. 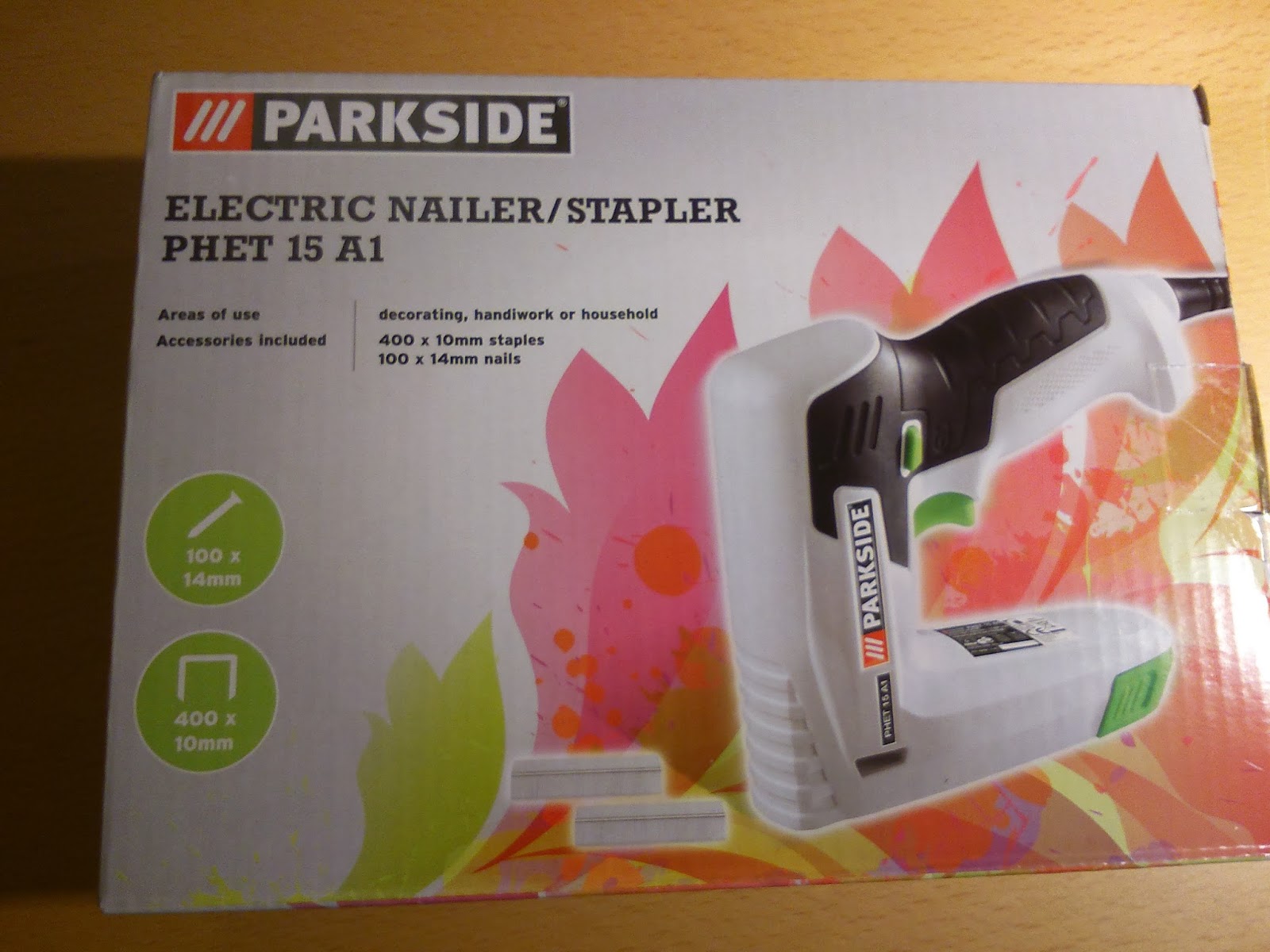 Lastly, this is a double pack of canvas sketch paper which I plan to use for the Mondriaan style piece I want to try and possibly backing some box frames etc. 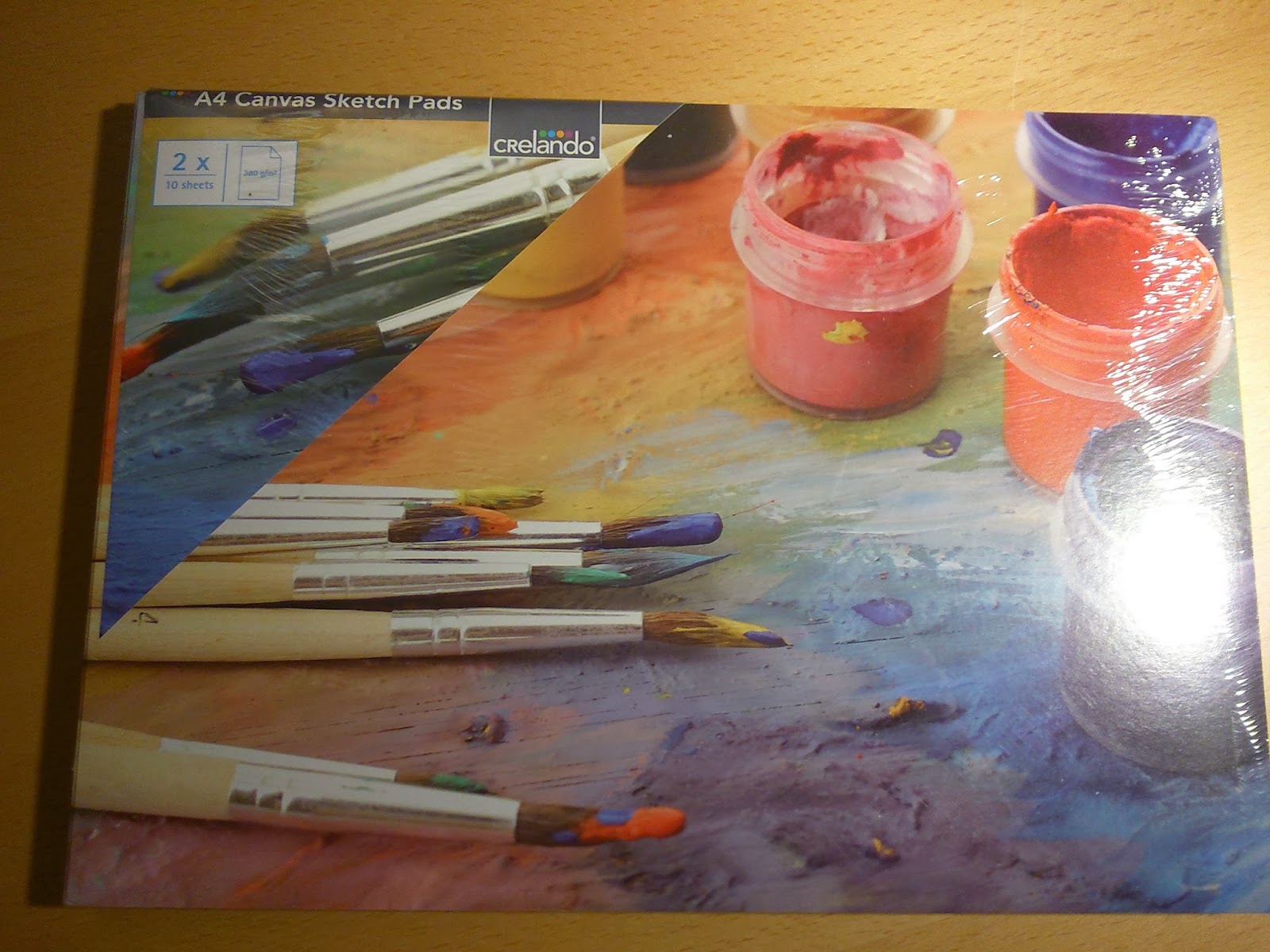 After this little haul we browsed a little in Dunelm Mill where I've never been before but it sells fabric and haberdashery items, as well as homewares, so I'll definitely be coming back.
The short walks between the car and these venues are the furthest walks I've managed in months and certainly since my operation. I am rather suffering for it now and I've had to top up my painkillers but it has been worth it. Today was a lovely day with my friend and in receiving the feathers and seeing the rainbows as it makes me feel hopeful of progress with my knee.
Posted by RedSetter at 00:12